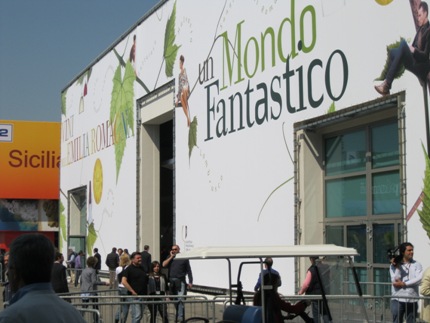 This week’s indigenous variety is called Negretto Nero. It hails from Emilia Romagna and is generally seen around the province of Bologna and in the hills near Ravenna. The name comes from the fact that the grape is very dark skinned. I’ve never had a wine made from this variety but it is said to be deep in color and quite tannic. It is apparently a sensitive grape that can be impacted by frost and botrytis. It is a vigorous variety that grows well in clay and poor soils.

I was just speaking with someone in the alumni office of my graduate school which was in Bologna and this seemed like a great opportunity to write about this grape variety.

I found at least one producer whose wines are present in the United States who uses Negretto in his blend with Barbera and Cabernet Sauvignon, Federico Orsi whose wines are brought in by Louis Dressner, who sort of looks like an Italian version or Brazilian of Leonardo DiCaprio.

I went a little out of order and  jumped over two very important varieties and will circle back to them in the coming weeks.