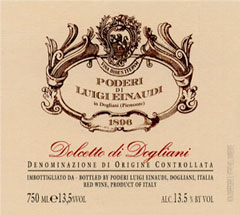 This week’s indigenous variety is Dolcetto, a grape most widely grown in Piedmont but also seen in Liguria under the name Ormeasco and in the Oltrepo’Pavese. It tends to make easy to drink, friendly red wines as well as wines that can age with a hint of almond and liquorice on the nose and palate. It is a grape that suffers from some of the maladies of the vine. Dolcetto is called Dolcetto because the grape itself is supposed to be somewhat sweet or “dolce” when eaten.

This variety is often blended with others such as Barbera. It tends to bring body to the wine. Dolcetto is part of many DOCs

My first wine from Piedmont was a Dolcetto di Dogliani from the Podere Luigi Einaudi. At the time the wine was a denominazione d’origine controllata (D.O.C.) wine but its status has now been elevated to denominazione d’origine controllata e garantita (D.O.C.G.) wine. I remember the wine because it was delicious but also because it came from the winery owned by the family that gave Italy it’s first prime minister, Luigi Einaudi.

Einaudi led Italy from 1948-1955, a difficult time for the country that was trying to recover from the war, the German occupation, internal fighting between different factions of the communist party and of course, economic devastation and poverty. 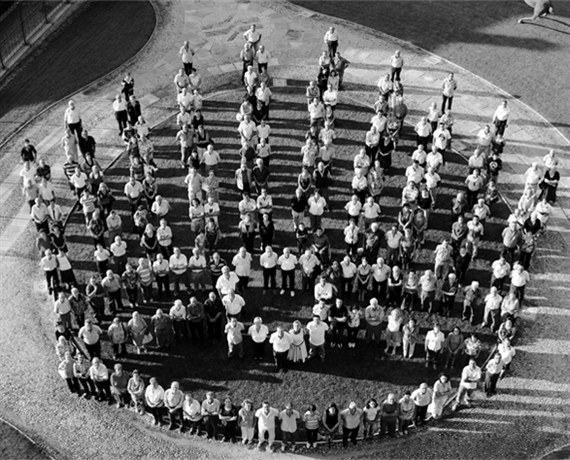 Another well-known winery that makes Dolcetto its’ calling is Clavesana, a winery with 350 co-vintners. There are 1400 acres in total. Some 90% of this is the Dolcetto grape. The remaining 10% are other grapes such as Nebbiolo, Barbera, and Chardonnay.

There are a number of other great Dolcetto appellations such as Alba, Diano d’Alba, Ovada, Asti, Acqui, Langhe Monregalesi and others within Piedmont. Eric Asimov wrote this piece on Dolcetto that is a great read.

Dolcetto is both your everyday wine and a special wine, depending on the aging regime. It is much less expensive than Barolo or Barbaresco and in many ways easier to drink, less acidic and more tannic than many Barberas. I think of Dolcetto in Piedmont the same way I think of Morellino in Tuscany. It’s the wine people locally drink and we just haven’t caught on to that philosophy yet but I am sure that day is coming. At least I hope so, I wouldn’t want anyone to pass up this experience of drinking Dolcetto from Dogliani, one of my favorite Italian wines.