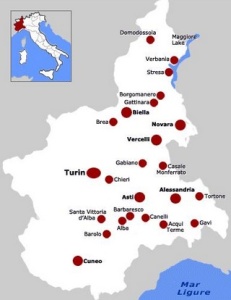 I used to be a Barbera snob. I wouldn’t drink it. I thought it was too acidic without being serious. Many people I know in Italy still feel this way about Barbera. Luckily I realized the error of my ways a few years ago and am now a very happy drinker of this Piedmontese wine.

Barbera, long a grape that had been overlooked or at least underrated, made real headway in the United States marketplace this year. The reasons are multifaceted. Among them,  Barbera on the whole is more economical than wines made with Nebbiolo such as Barolo, Barbaresco and Gattinara. Additionally, better quality Barbera is now widely available and there are more styles to choose from too. Add to this the fact that Barbera with its high acidity makes it a great food wine and you have a winning combination. Nizza D.O.C.G. is a relatively new denomination made with Barbera although they have been working towards this for over 20 years. 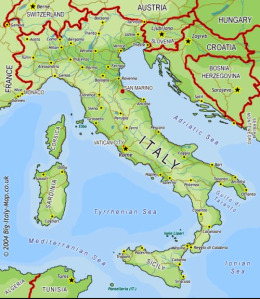 Barbera grows in a number of regions in Italy including Piedmont, Lombardy, and Emilia Romagna. It is also planted in some of the southern regions but to a lesser degree. The grape’s popularity is such that it is also grown in California, in Argentina and in Australia where it was brought years ago by Italian immigrants. It is the most widely planted Italian grape outside of Italy.

Barbera flourishes when the climate is warm but not too hot and in chalky, clay soils which abound in Italy. Documents mention the Barbera grape as far back as 1246 and 1277. These documents were found in Casale Monferrato in Piedmont.

So much great Barbera out there, it’s a great wine for easy dishes and the more complex wines with more complicated and elaborate  meals.