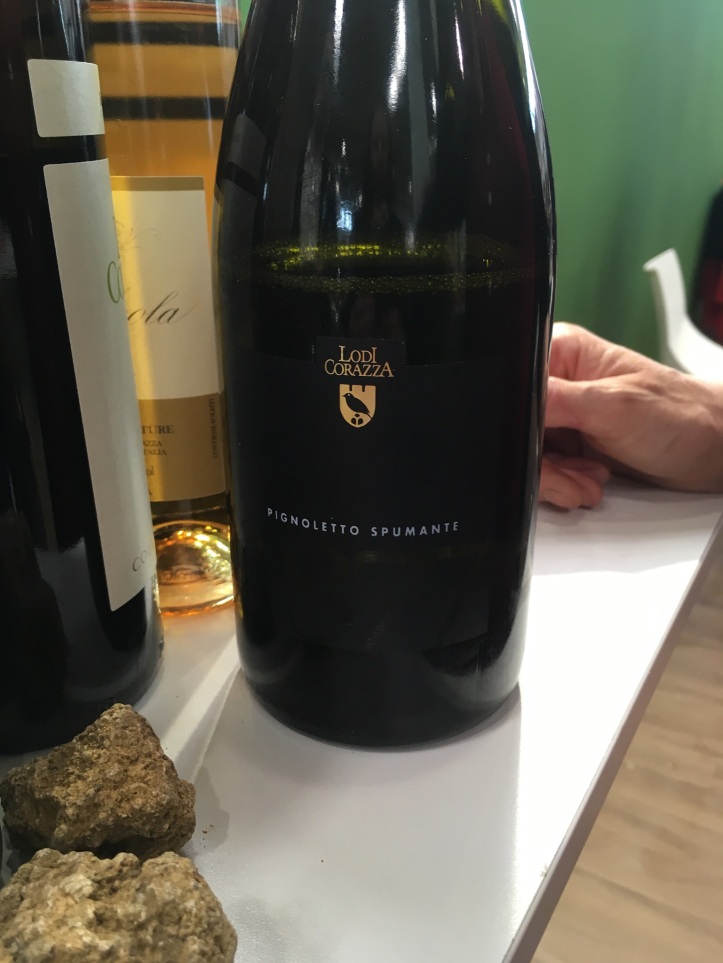 As Vinitaly moved into its second day, I searched for bubbles from all areas of the peninsula. While Prosecco, Franciacorta and Trento DOC all have their obvious allure, I’m interested in tasting all kinds of sparklers from indigneous varieties and international ones or blends from the various regions. There are no shortage of bubbles to be had and yesterday I tried a couple of new ones from Sicily, Terrazze dell’Etna and from Emilia Romagna at Lodi Corazza in the FIVI exhibit made from Pignoletto.

My very first bubbles of the day were from Olivini in Lombardy, a great Lugana producer who I visited in 2014. 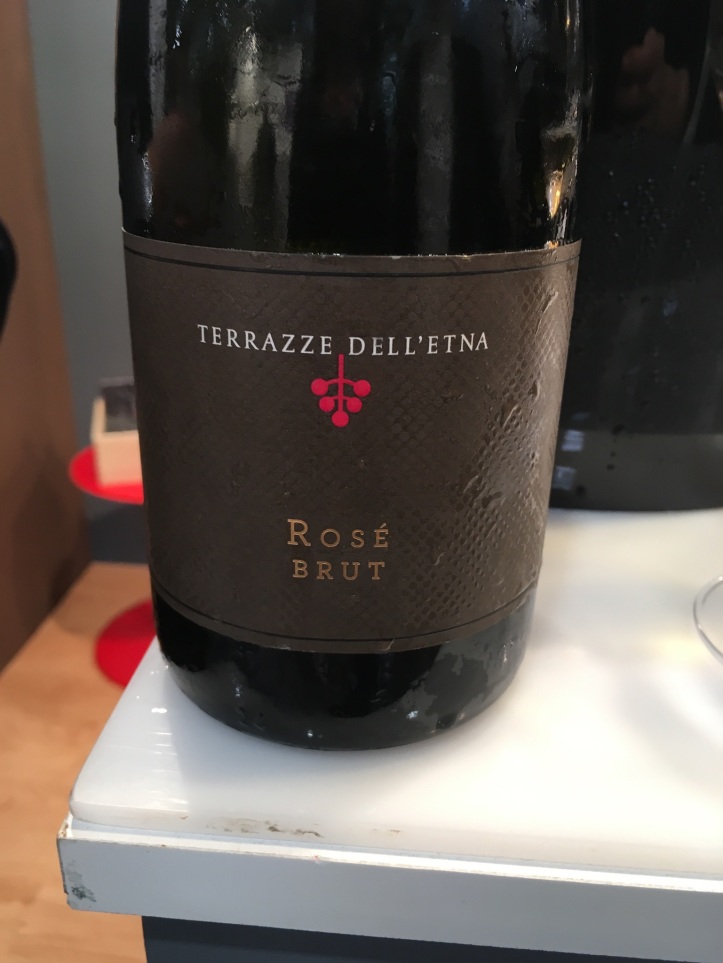 Having gone to graduate school in Bologna at SAIS, I have a soft stop for all that comes from the region. Pignoletto which is genetically similar to Umbria’s Grechetto is an interesting local variety that can be made in different styles. I was happy to try the sparkling version.

The wine I tried from Sicily was made with Pinot Nero and Chardonnay at high elevation on Etna. I have tried to not join the Etna craze just because it is so trendy but I do find I like alpine wines and of course volcanic soils provide great support for classy wines.

I also tasted a sparkling wine made from Ormeasco di Pornassio in Liguria. On Monday I tasted a still version of this wine which I have had before but the sparkler was new to me. Ormeasco is the same grape as Dolcetto but produces very different wines in the terroir of Liguria. The wine was from Tenuta Maffone and he wanted to show the different between the two grapes. He proved his point.

While sparklers was a theme, I also tasted many other wines which were new to me, one brought tears to my eyes as well. That rarely happens to me although a few years ago at the fair, a Greco did make me cry. This one was from Piedmont called Tenuta Santa Caterina, Silente delle Marne made from Chardonnay. A perfect Burgundian style wine, it was a total surprise to me albeit not to my friend who suggested I try it.

One thing I love about Vinitaly is how many friends come down from Milan that I get to see and taste with. Today was no exception and tomorrow others will arrive. The fair is so intense and there is so much to see and do, it’s hard to cover it all between seminars, individual tastings and discoveries as well as client meetings.

My evenings at Vinitaly are very different from the typical spirtz in Piazza delle Erbe and Bottega del Vino after dark. We have a quieter lifestyle in our house especially because I am 10 minutes away from the fair by foot and not in the center. It used to bother me at times that I wasn’t part of the fray. This year, I’m pretty happy to be in My Vinitaly rather than someone else’s. This fair means different things to different people. For me, it’s about discovery and exploration with friends and clients through the wonders of Italian viticulture.

Detto questo, even in my part of town, a Spritz is a welcome pause after a long day. 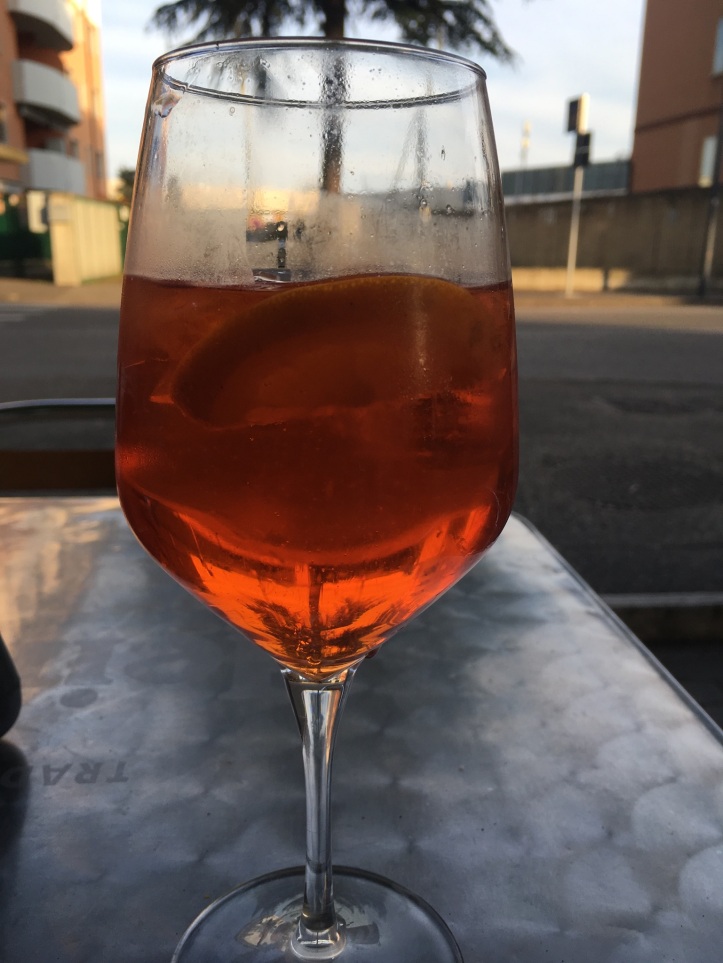