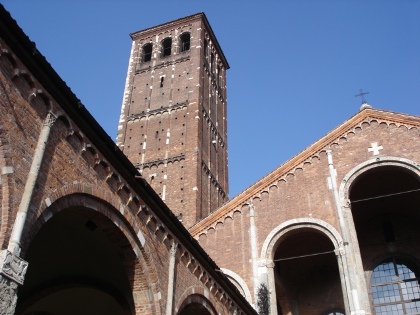 December 7th is always a strange day. On the one hand, I think of Pearl Harbor, the day that will live in infamy and how the USA got into World War II and all that that meant and all the lives that were lost on this day. My great Uncle was at Pearl Harbor. It was the signature event of his lifetime. His license plate even spoke of it.

On the other, I think of my adopted city of Milan which celebrates its patron saint on this day, Sant’Ambrogio. I lived in Milan for about 10 years so I got very used to its people, their culture and habits. In fact, I feel like I too should be having a long holiday weekend as my friends in Italy are doing at this time. December 7th is also the start of Opera season in Milan at La Scala. It is also the opening of the ski season. I spent many a year skiing at a friend’s home in France. Those were the days… As I sit in my office in New York, I do feel that Christmas has come to town. I guess it’s the cold and the flurries that we will see Saturday. Thoughts of holidays and good will or something similar come to mind. I of course, like to celebrate with a drink of sparkling wine. 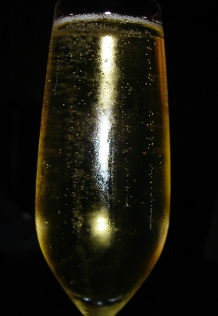 I hope to toast Milan, our fallen heroes and such with a glass of Franciacorta. While not made in Milan, it is made in Lombardy in an area near the city of Brescia. I did a long interview some years ago with Riccardo Ricci Curbastro, a Franciacorta producer on this blog.

Franciacorta became a DOC wine in 1967 but the Consorzio was created in 1990 by 29 producers. It became a DOCG in 1995. These wonderful sparklers are made in the traditional method, secondary fermentation in the bottle, with three grape varieties permitted: Chardonnay, Pinot Noir and Pinot Bianco. The area is also attentive to sustainability issues and to being carbon neutral. I know a number of producers in the area who strive to be carbon zero. Some interesting numbers listed on the Consortium website noted that 109 wineries participate in the Consortium and 19 towns or communes are part of the Franciacorta terroir.

The soils in Franciacorta are rich in sand and limestone, and are known for their drainage. The area is located on what was a moraine that formed as a glacier withdrew many centuries ago. As in many areas of this type of geological origin, numerous minerals, stones and rocks were left to create rich soils where the vine can flourish. The soils in Franciacorta vary with the zones but overall they have these characteristics.

Franciacorta wines are not inexpensive compared to Prosecco but I think they are more similar to Champagne than their friendly cousin from the Veneto. Firstly, they are made using the traditional method, with secondary fermentation taking place in the bottle. Secondly, most Franciacorta wines rest on their lees for 3 years, some for 5 years. This long lees aging yields nutty and delicious wines but they are also more costly. It’s a style I like and recommend trying at least once this holiday season.

The Lombard city closest to Franciacorta is Brescia, a city that is surprisingly interesting and rich in art, culture and even Roman ruins. Brescia, Lombardy’s second largest city after Milan, is often thought of as a small industrial town in Northern Italy, perhaps worth a few hours to see the Duomo, have lunch and then continue on its more well known neighboring cities. On closer inspection however, Brescia reveals it exciting and varied history as well as numerous treasures. Brescia is known throughout Italy for its steel industry and precision instruments. The city is quite well to do and the wealth and prosperity of the city is clearly evident in the high quality shops, stores and restaurants. These last are considerably more expensive than even those of its larger neighbor, Milan. An itinerary through the city of Brescia can be created around various themes such as Roman, Medieval, Renaissance, and 17th century architecture. The city can be well navigated on foot from the central station, by bus, car or on bikes. Like Bergamo, Brescia is a great side trip if you are in Milan visiting. As you might have guessed, I wrote a long travel article on Brescia for a magazine some years ago