This week’s Wine Wednesday is dedicated to a winery from the Oltrepo’Pavese. Few people think immediately of Oltrepo’ when thinking about Italian wine but that is a mistake. The area has 179 wineries plus 1300 growers that are members of the consortium Oltrepo’. The area has 13,269 hectares and constitutes some 55% of Lombard viticultural land. 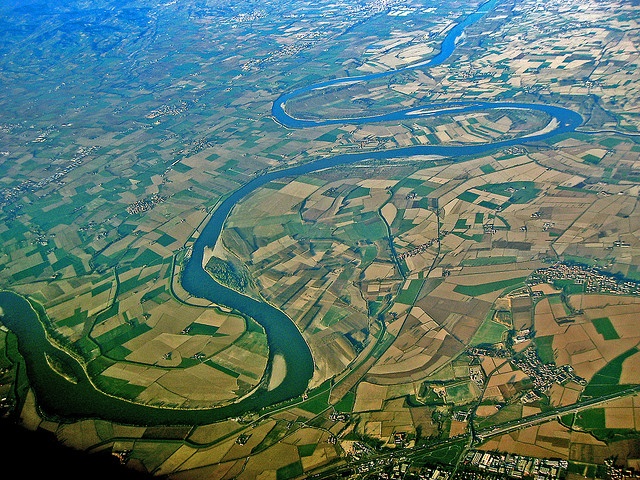 As you can imagine, Oltrepo is not a new area. The consortium was founded in August 1960 but the area has a long history with 2000 years of occupation. The Gallic and Ligurian tribes were in the area before the Romans. Pavia which is the capital city of this area was famous when the Longobards reigned. Pavia was their capital. The Middle Ages saw a host of battles between noble families traces of which can be seen in the landscape that is dotted with their numerous castles. Eventually, Oltrepo’ became part of the Kingdom of Sardinia.

The soils in this part of Lombardy tend to be marine sediment with clay nearer to the river and on higher slopes chalk soils, great for whites, sparkling wines and reds. There are 500,000 hectoliters of wine produced encompassing both DOC and DOCGs (DOPS) as well as 470,000 hectoliters of IGT (IGP) wines.

There are 42 muncipalities that produce wines in Oltrepo’ and it is the third largest DOC in Italy, a fact I was surprised to learn. Grape varieties used are varied between indigenous and local varieties. Pinot Noir is particularly well-suited to this area and has been in Oltrepo’ since the 1800s but it isn’t what I am writing about today.

Today, I want to write about a winery called Azienda Agricola Quaquarini. They have 50 hectares of vines and are located at 200-300 meters above sea level on hills. This is a family owned winery and there are three generations of the Quaquarini family. Today Francesco and his children, Umberto and Maria Teresa, run the business.

Umberto is the winemaker while Maria Teresa manages the communications and marketing. Quaquarini is well-known for their sparkling wines but also for Sangue di Giuda, a wine that is only made in this area of Lombardy. Sangue di Giuda means the blood of Judas. There are many myths on the reason for this name among those that friars in the area named it thus to dissuade people from drinking too much of it.

Quaquarini is organically certified Bios and grow grasses between their rows. According to their website, “this technique can produce a better ripening of the grapes, so improving quality and fighting the erosive effects of the soil.” They are located on the 45° parallel, just like Bordeaux and Oregon, great for Pinot and sparkling wines. While they have a number of different vineyard sites, the ones used to produce the grapes that go into Sangue di Giuda are western facing sandy steep slopes. 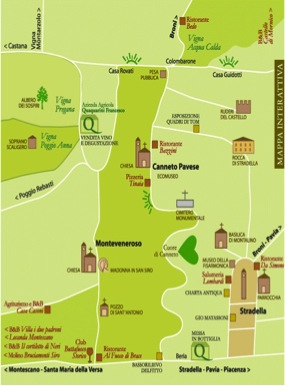 Sangue di Giuda is a very particular wine made within a small area in Oltrepo’ in the municipalities of Oltrepò Bosnasco, Montù, Beccaria, Pietra dé Giorgi and Cigognola. It’s a sweet wine made from local varieties: Croatina 65%,Barbera 25%, and Ughetta di Canneto 10%. It can be made in the vivace, frizzante or spumante style and pairs well with cheeses and fruits, as well as dry desserts or cookies at the end of the meal. It is quite low in alcohol at 6%.

I like these low alcohol wines at the end of the meal, especially it I am pairing it with a sweet dessert. This one is ruby red in color and presents notes of flowers and red fruits. It is well balanced with structure and length. My favorite Lombard dessert, apart from Panettone, is Sbrisolona, pictured below. While the dessert hails from Mantova, I still see it pairing beautifully with this Lombard cousin.

I was introduced to this winery when doing a presentation on Lombardy this summer for the Society of Wine Educators conference in Portland, Oregon. They are imported by Regal Wine Imports.