Last month I had the good fortune to attend a tasting of Chianti Wines, there were two big Chianti tasting and I chose to go the first one not to the Gran Selezione which I thought would be more crowded. I don’t love walk around tastings but I do like smaller intimate ones where you have the opportunity to say hello to producer friends and to meet new ones and to taste their wines.

At this tasting I met Caterina Gargari, a producer from the area around Pisa, specifically from Terricciola. I had never heard of the winery, Pieve De’ Pitti.
I do know a bit about the area however. Pieve De’ Pitti. Like many producers from her region, she does not put Chianti Colline Pisane on her labels but uses the Chianti Superiore DOCG nomenclature instead. I asked why this was the case and like other producers I know from her area, she said it was a marketing issue.

In fact, there are seven Chianti sub-zones other than Chianti Classico but few put the specific sub-zone on their labels. Chianti Colline Pisane just like Chianti Colli Aretini is seldom seen on the labels of producers from these areas.

This particular winery began in 2000. It’s soils are sand and clay, rich in fossils and shells. The vineyard is subject to maritime breezes. It is located at 160 meters above sea level. These are among the wines I might call “Tuscan” coastal wines. The vines were first planted in the 1970s but have been replanted within the last 10 years. They grow mostly Sangiovese, Tuscany’s signature grape, as well as Canaiolo, white and black Malvasia, Trebbiano,and Vermentino and international varieties Cabernet Sauvignon, Syrah and Petit Verdot. 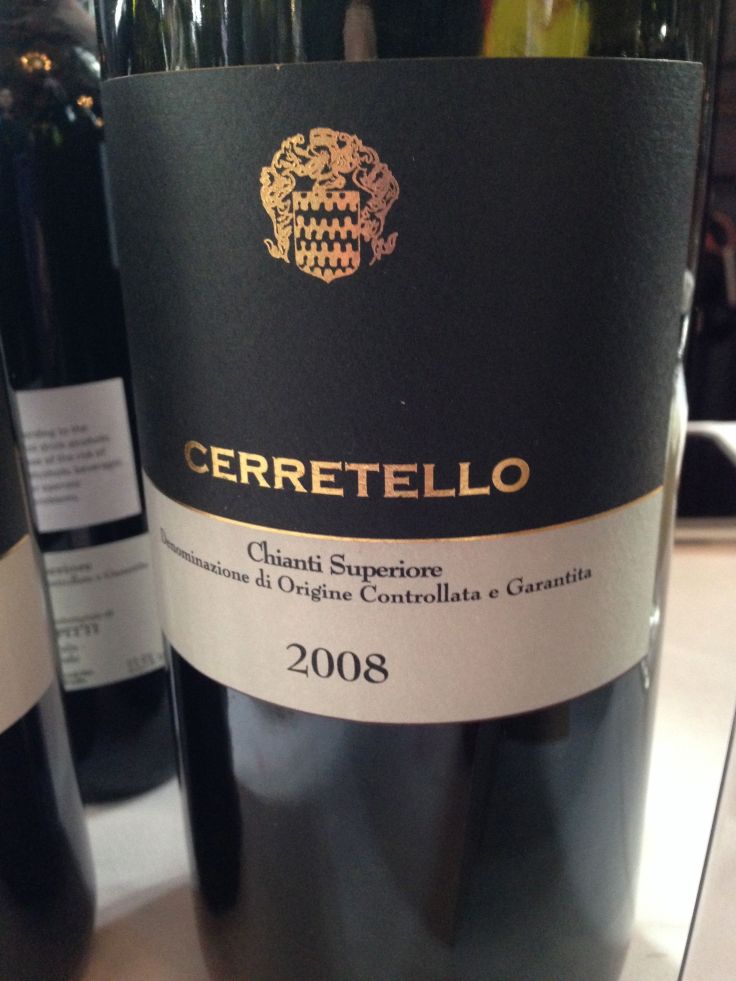 At the tasting I tried their Cerretello DOCG wines, both a 2011 and a 2008. A blend of Sangiovese, Canaiolo and Malvasia Nera, I found the wines lovely with bright red fruits and floral notes. They were among the most elegant and balanced of the wines I tried that day, memorable for the subtle, soft finish, unexpected in a Chianti with 90% Sangiovese and no Merlot. Rather than use wooden aging vessels, the wines ferment and age in concrete vats. I often think these neutral vessels while allowing to show the typicity of the wine and the terroir, also provide a stabilizing impact on the wine. Chemically I can’t exactly tell you why, although I should know for my exam next week, but that is my observation. Perhaps the reductive winemaking used here does just that, provides a harmony to the wines. 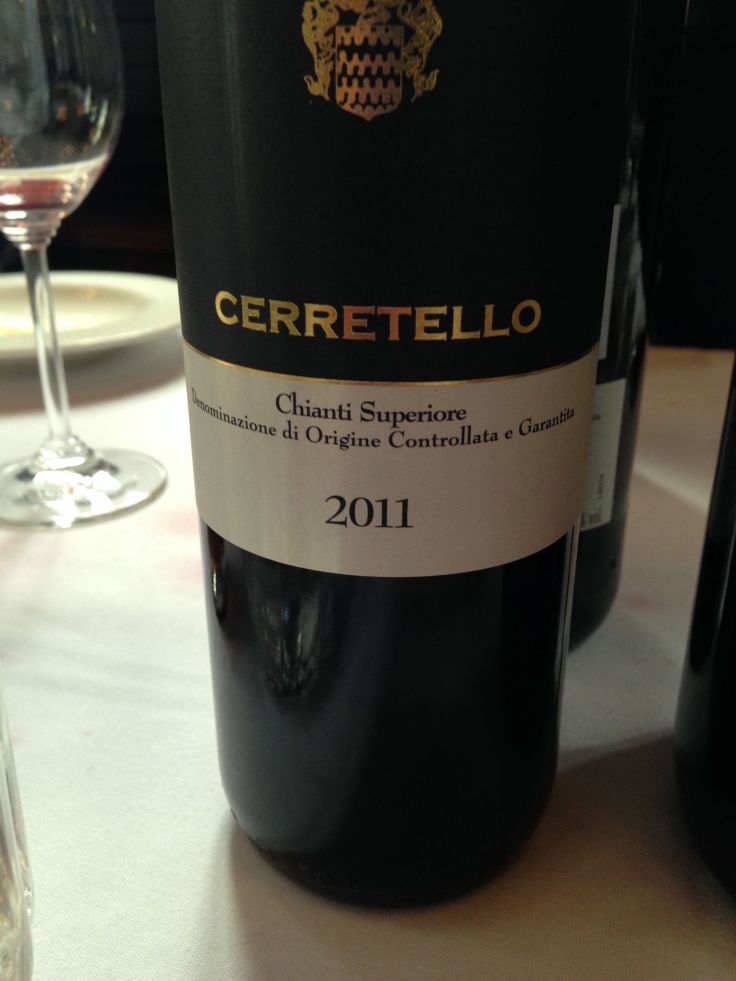 Caterina was quite an interesting character and seemed to really know her stuff. I know the wines were imported before and I believe she was looking for distribution again. I hope she finds it soon as I would love to have these wines in our market.

One thought on “Women in Wine Fridays: Caterina Gargari from Pieve De’ Pitti”