Norway In My Thoughts & Prayers & Norwegian Women In Wine

Norway is on my mind today. I watch in horror as news of the tragedy that happened in that beautiful country races across our screens of all sizes. It’s hard to fathom how these atrocities continue to happen. I have difficulty processing it all.

I decided to write something about Norway today because Norway oddly enough is a country I feel close to. Oddly I say because I don’t have a stitch of Norwegian in my genetic tapestry.

What I do have though are dear friends from Norway, some I met in Italy and others here in New York City.

In fact, when I first moved to Milan in 1995, I lived with some Norwegians. For seven months I slept on their couch, ate “brown cheese” and gravlax as often as possible. We became fast friends and have been so ever since.

My lovely friend Kristen is from a beautiful part of Norway called Kristensund. It is on the west coast of the country above Oslo. I was able to visit some years ago.

I was there on the longest day of the year, June 21, and got to see the midnight sun. This photo was taken around midnight if memory serves.

The country is incredibly beautiful and I have always found the people to be warm and funny. My Norwegian is terrible so I’m sure I didn’t get most of the jokes but my friends were some of the brightest and most entrepreneurial people I know. 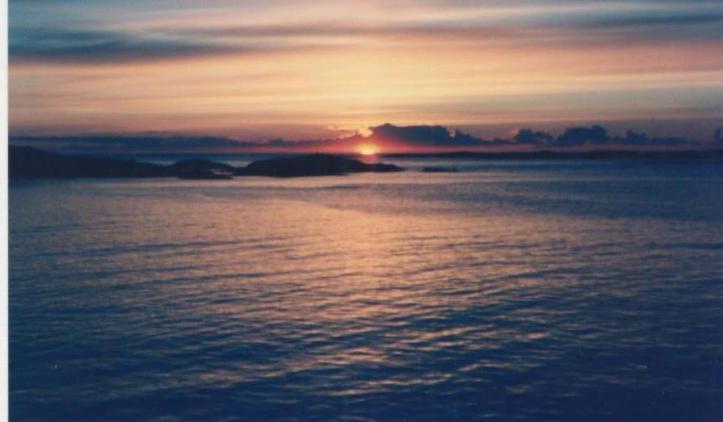 Kristen created a women’s networking conference that has become one of the most important women’s conferences on a global scale, the W.I.N. Conference. She created the conference during the period of time when we both lived in Milan. We lived for a time in her home which was on the 7th floor with no elevator. Needless to say we didn’t do a lot of grocery shopping. We ate pesto and the Norwegian brown cheese for the better part of that year.

Living with Kristen was one of the most fervent moments of my life. She was filled with endless ideas about work and making women’s lives better. She has been an inspiration to me ever since. It’s amazing what one strong woman can do.

Just a word about the brown cheese which became a staple in my life for a time. Brunost is the name for the cheese in Norway. I believe this is the brand that we had. It was a delicious and odd combination, savory and sweet at the same time. When I was a baby, my family lived in Denmark for three months as my dad – an urban planner at the time – was studying model Scandinavian cities.
Dad loves Scandinavia and always talked about the herring. Mom though remembers the brown cheese very well.

When I came back to New York, one of the first things I did was to take a class at the International Wine Center. There I met my dear friend Sunny Gandara, also a Norwegian. Sunny is another woman in the wine industry who I have wanted to interview at length but haven’t yet had the chance.

Sunny and her husband Mark run a wonderful catering company called Fork and Glass. Sunny like Kristen, is extremely determined and entrepreneurial. It must be something in the water over there in Norway. I don’t know what it is but it has and continues to impress me in these lovely Norwegian women.