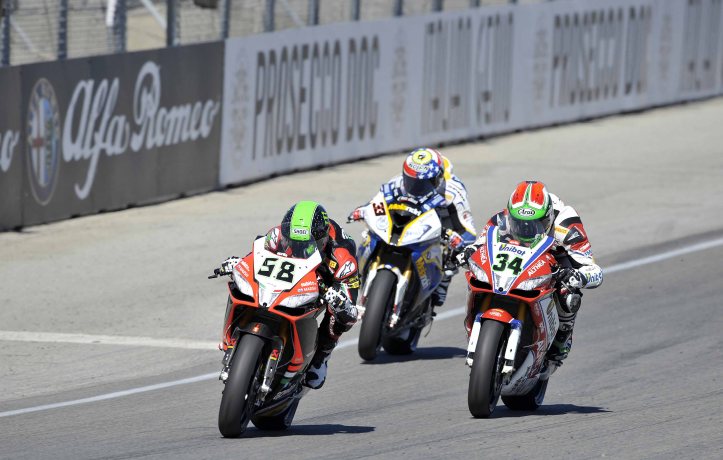 Some years ago I had the good fortune to work with Prosecco DOC on a Super Bike event at Laguna Beach. Having never attended a super bike race, I found the event both scary and thrilling. I know the partnership continues to this day and recently saw pictures of the Prosecco DOC consortium President Stefano Zanetti giving awards to Super Bike winners.

National Prosecco week is here and there are a host of events running throughout the country which can be seen here.

In 2012 and 2013 I did seminars for Prosecco DOC at Vinitaly International events in New York and Miami. What amazes me is the growth of the category these past five years. In 2013 I think some 275-300 million bottles were sold a year. Last year I believe the number hit 440 million bottles annually. My figures may be slightly off but I think I’m pretty close to accurate.

According to Nielsen figures last year, “Prosecco accounts for nearly 20% of the total sparkling wine category, with dollars rising 21.1% in the last year (2017).”

They added that,”Price is key when it comes to prosecco; more than 30% of sparkling wine purchases are based on price tiers, and prosecco is well positioned as a mid-tier price offering within sparkling wine. More than one-third of prosecco dollars come from the mid-tier price range (between $13-$14 per glass bottle), and this price tier within prosecco has grown nearly 30% in dollars in the last year.”