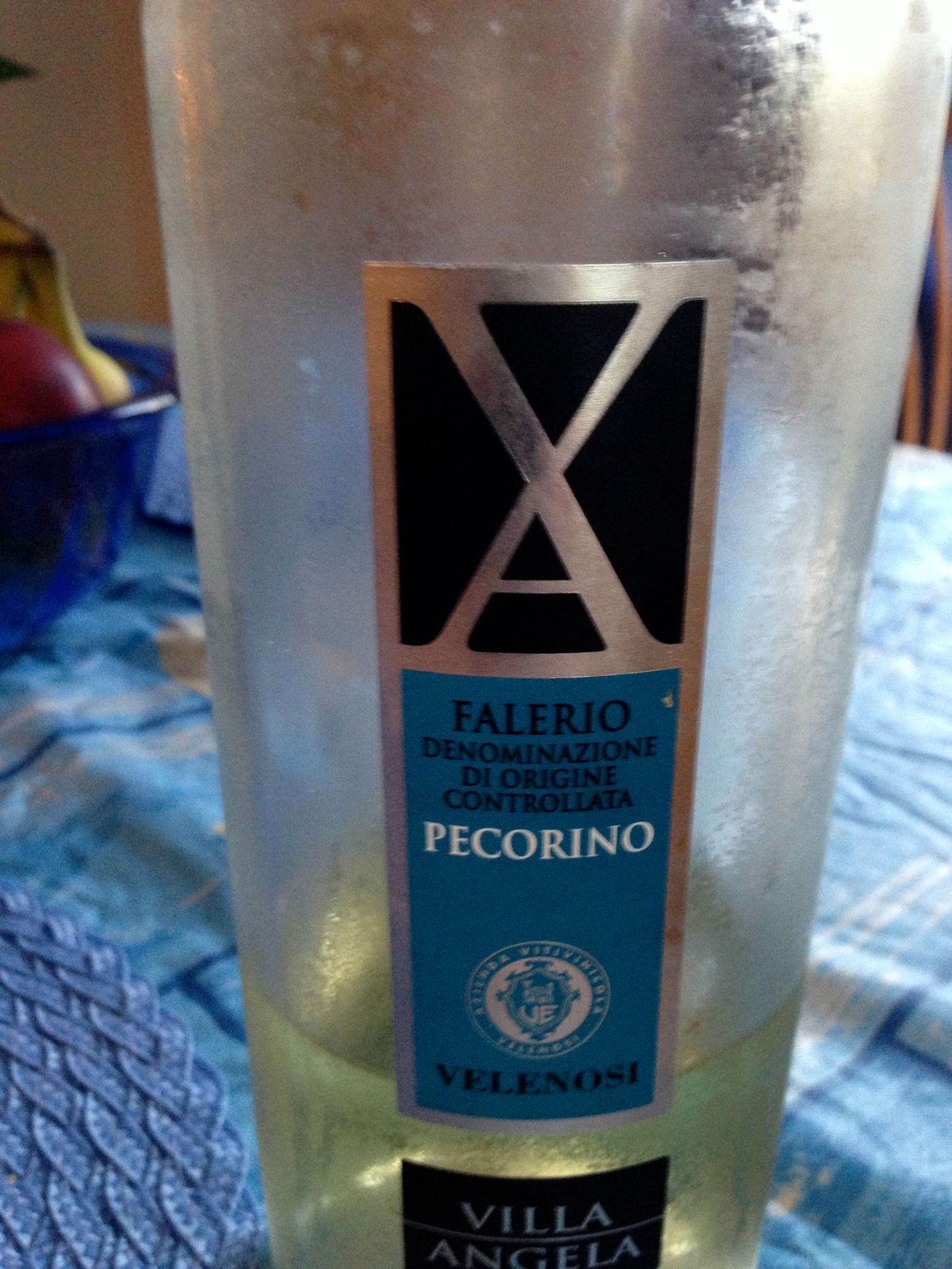 This week’s indigenous variety is called Pecorino. It hails mainly from Le Marche and from Abruzzo but there are also plantings in Liguria, Lazio, Tuscany and Umbria.

An early ripening grape, it is not susceptible to downy or powdery mildew. The grape has nothing to do with the cheese of the same name, Pecorino, other than some suggestions that the grapes got their name from the “Pecore” or sheep that used to eat them while grazing.

One of my favorite examples of Pecorino is from Velenosi Vini.

This Falerio dei Colli Ascolani Denominazione d’Origine Controllata (DOC) wine from Le Marche was crispy and nicely acidic with hints of tropical fruit and flowers. I also find it slightly waxy in the same way that Chenin Blanc often is. It was perfect with the lobster roll I had today at the Pier in Wellfleet. Fishing with Dad and my nephew is great but can be exhausting. Catching baby blues off the pier and throwing them back in was a perfect counterpart to my nice glass of Pecorino today.

I confess I also love the owner of this winery, Angela Velenosi, one of the most generous people I have ever met. I visited Angela some years ago at her winery in Ascoli. While there she invited me to a surprise party she threw for someone who worked for her and 50 of his closest friends. It was an amazing gesture and also loads of fun.