This week I have been in Naples for #Campaniastories. It’s been a very interesting and intense experience in this thrilling region, Campania.

One thing I appreciate a lot about this trip is that they have varied the events – tasting with professional sommeliers, visits to wineries in various parts of the region, and cultural experiences in the area.

So often when on a trip to an amazing area, one doesn’t have the ability to see parts of the city where they are and sometimes you never get to live a conference room.

I have been to Naples a few times and to the islands known as the isole flegree but there are so many wonderful things that I had never seen such as the famous street called San Gregorio Armeno where they make the pastori or terra-cotta figure they use in the presepio or crèche.

The city is fascinating and so alive and we only got to see some of it for a few hour but we had an amazing local guide and we learned so much about local lore.

This sculpture is the equivalent of the cinghiale in Florence. You have to touch it and make a wish. Naples has a whole world below its streets known as Napoli sotterranea. 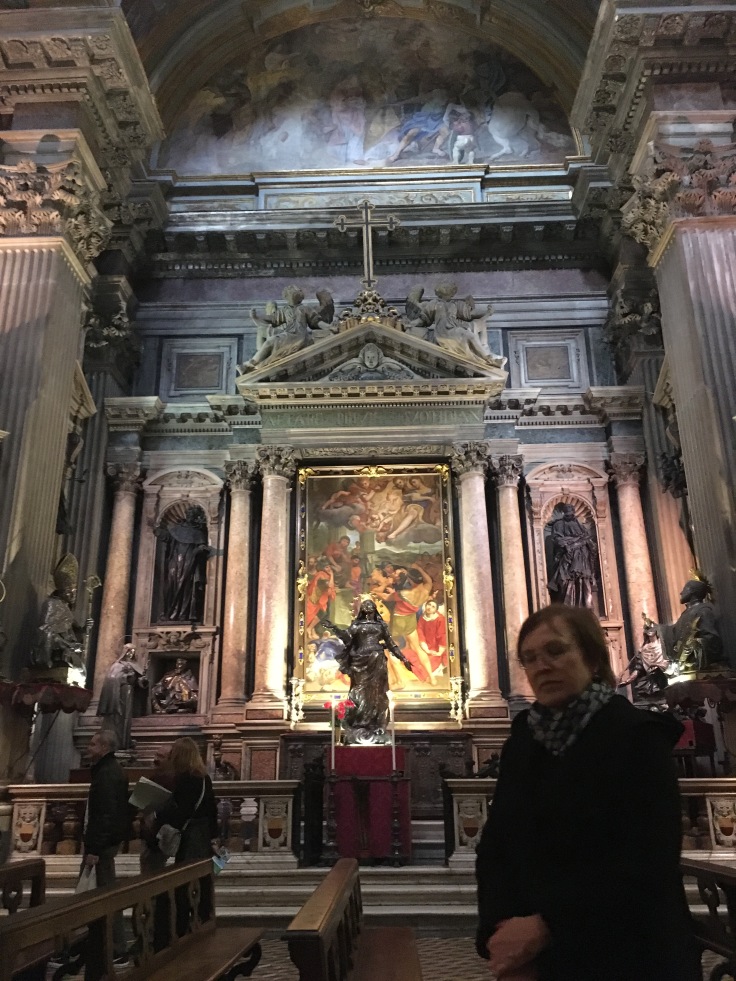 We learned of the legend of San Gennaro and we each received a small red horn that looks like a pepper and brings good luck. As a child, my family used to go the festival of San Gennaro but I knew nothing of this history. It’s exciting to put the pieces of life together.

Our lovely day ended at what is known as the best pizzeria in Naples- Da Michele. He only makes two kinds of pizza – Margherita or marinara or a mix of the two

The pizza was enormous. I was told that there are two techniques for pizza making today in Naples. One is called pizza a carretto when the pizza is large and spills outside of the plate. The more modern version is. Pizza a canotta or canoe which thick and longer crust.

It was the best and biggest pizza I’ve ever had. The beer was fantastic too as it always is after a long day of tasting. Did I mention that we tried 109 wines before our touristic outing?

I loved the fact that we got to taste so many wines and we were able to visit the city, if we wanted to.

I think it’s so important that touristic elements are put into the heavy wine tasting schedule during these types of tastings.