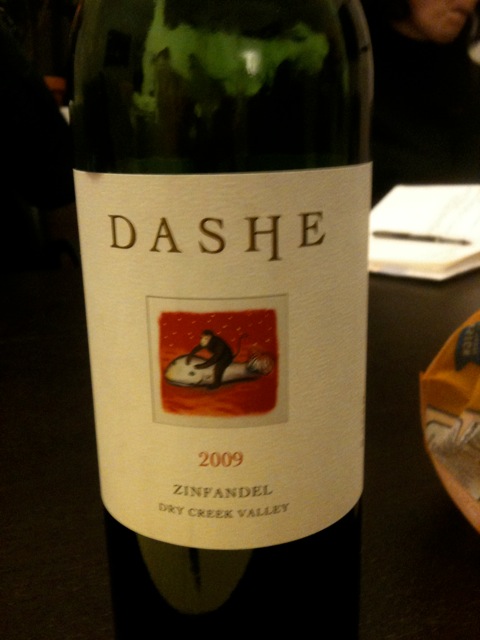 This Dashe 2009 Dry Creek Zinfandel made me a believer. That’s been my theme over the last two days. Yes, I believe again. I believe that Obama can win in 2012 after his State of the Union. Yes I believe he has a vision again. Yes I believe he does care about the 99% again. I’m feeling pretty political these days and ready to work for 2012 which I haven’t for awhile. This flush of optimism about our country led me to think about what I love about America.

I must say, Zinfandel was not first on my list. Howard Zinn yes but Zinfandel never made it into my top ranking. That was before I had the Dashe 2009 Dry Creek Zinfandel at a recent Snooth tasting with Greg and friends like Diane Letulle, Eric Guido, Carly Wray, Sasha Smith and Constance Camberlain. We’ve got a little wine writing thing going on and this Dashe was on my hit parade.

It was fruity without being over the top, acidic and minerally to the right degree, persistent and elegant without being slight, powerful and memorable without being aggressive, kind of like what I would like someone to say about me after our first encounter.