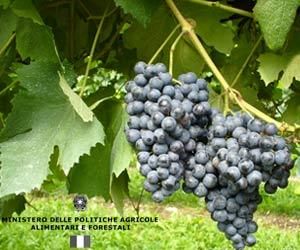 Today’s short post is about this week’s varietal, Lagrein. Lagrein hails from Alto Adige/Trentino in Northern Italy. According to research, however, it is genetically linked to vines from Greece and Albania that arrived in Italy during the period known as Magna Grecia.

Lagrein is also related, genetically speaking, to Syrah and Teroldego. I have always thought of Lagrein as a hearty wine with fruit, spice and cherries. A rosé version is also available known as “Lagrein Kretzer” (or “Lagrein Rosato”.)

Many producers make Lagrein, usually as a monovarietal including Franz Haas, Girlan,and Peter Zemmer. I have had the pleasure of tasting a number of these wines and they are also widely available in the United States. I wish I had a bottle here to toast today’s indigenous varietal from Italy but alas I do not. I’ll have to remedy that.

On Friday I will be speaking at 10:00am EDT on Clubhouse in the Italian Wine Room with Karoline Walch about the wines they produce with Lagrein at their family winery, Elena Walch. They make two versions of Lagrein, both using 100% of the varietal. The first is a Alto Adige DOC made with grapes grown on warmer sites with clay and sandy soils.  The second is their Lagrein Riserva Vigna “Castel Ringberg” 2017 named for the Habsburg castle built in 1620 above Lago Caldaro. Elena Walch makes wines on this special parcel that has a host of different soils and elevations. The soils are a combination of gravel, calcareous soils, and loose limestone as well as morainic soils. In addition to the elevation and varied soils, there is a drying wind that impacts the vineyards called the “Ora.”

This wine would have been a nice one for a Passover dinner of Brisket. It’s pretty hot these days so I didn’t open a bottle but I imagine drinking it with pleasure. I am sure that the silky tannins and spice would have been perfect with Brisket.

Both of these wines are impressive examples of Lagrein, from two vintages 2019 and 2017 and slightly different soils. While both could age, the Riserva has a long life ahead.