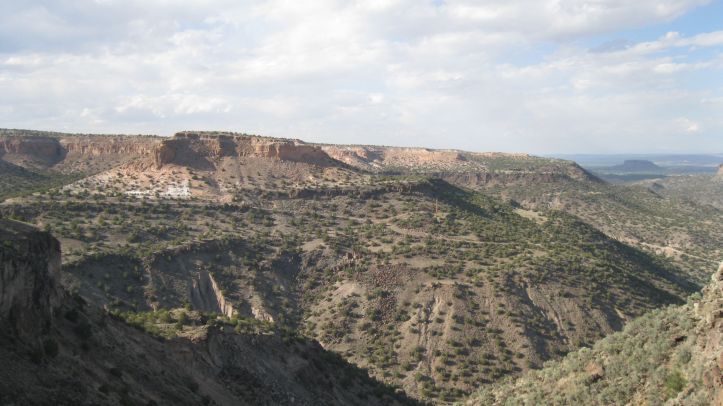 While wine is not the first topic that comes to mind when I think of New Mexico, there is a flourishing industry in that beautiful state and I bet everyone has had at least one wine from New Mexico if they live in the United States. The wine I am talking about is a sparkling wine from Gruet. Their sparklers made from Chardonnay and Pinot Noir are very inexpensive as sparklers go and are a great idea to bring to a party. The winery was started by a brother-sister team from France, Laurent and Nathalie Gruet. They choose New Mexico because of its climate and soils. 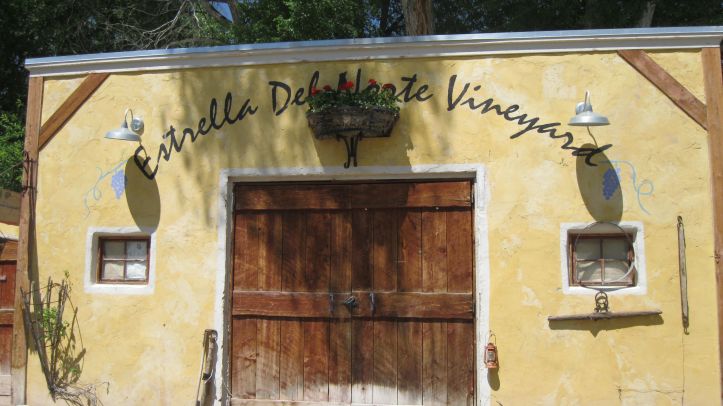 New Mexico has great diurnal temperature variation because of the altitude of many of the vineyards and the long hours of sunshine that the grapes get during the day followed by cool nights, the ideal combination for grape growing. Think mesas, brown and red earth tones, tumble weed, green shrubs, pueblos, adobe churches dotting the landscape, mountain peaks and rivers, chili. Remember those sand creations you made with different colored sand in the 6th grade? Kind of like that.

While Gruet is arguably the most famous winery in the state, it is by no means the only one. Another winery of note is the Casa Rondena. According to their materials, grapes were planted in New Mexico by the Spanish in the 1600s for use by the church. The mission grape was the famed grape at the time and still grows in the state. This winery is known for its red wines and is run by winemaker John Calvin. They grow French, Italian, and Spanish varieties such as Cabernet Franc, Sangiovese, and Tempranillo, among others. 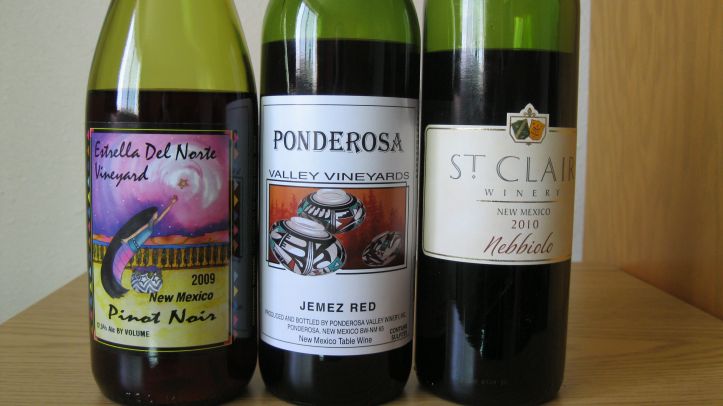 Another large winery is the St Clair winery. This winery was created in 1984 by the Lescombes family. They make over 85,000 cases a year from 30 different grape varieties.

There are also numerous smaller wineries and wine trails throughout the state such as Ponderosa, Corrales and Estrella Del Norte Vineyards.

The wineries are broken up into those in Northern New Mexico, Central New Mexico and Southern New Mexico. A main website to consult for these wineries is WineCountryNM.Com. There are wine festivals in each area of the state during the Summer as this website called New Mexican wine lists. 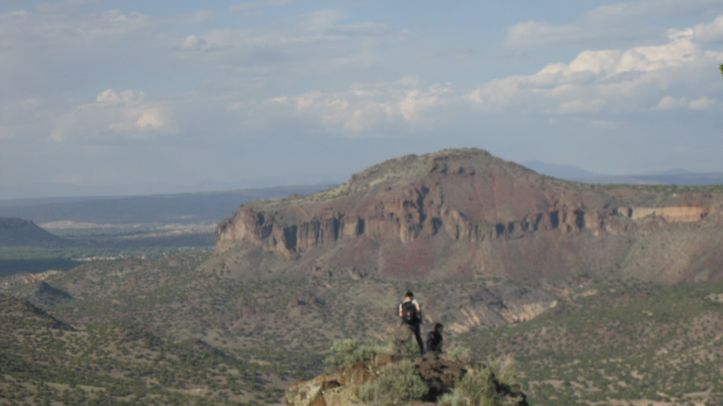 According to that site, “The rebirth of the New Mexico wine industry began in 1978. New Mexico now has 42 wineries and tasting rooms, and produces almost 700,000 gallons of wine a year.”

I like the wines I tried when I visited in 2012 although I wasn’t overwhelmed by any of them. What did and always does overwhelm me is the beauty of the landscape in New Mexico and the wonderful hospitality of the people. I found that same welcoming spirit at all of the tasting rooms I visited. What did thrill me was a wine store I found in Santa Fe called La Casa Sena. They had an amazing selection of wines and a really interesting and knowledgeable staff. It is also linked to a nearby restaurant which looked delicious but sadly I did not dine in the evening I was in Santa Fe. I definitely look forward to trying it out on my next trip.

L New Mexico joining the United States in 1912 as the 47th state. If you haven’t been yet, it’s high time to you visit this glorious state and its wineries.

Lovely @cotesdurhone wine from @maisonlavau. This beauty from their Domaine La Décelle winery. This blend of #grenache and #syrah had gorgeous fruit, soft tannins, a touch of spice, tar, and forest floor. A long and persistent finish with a nice backbone of acidity completed the picture. Great pairing for vegetarians and carnivores alike, this #affordablewine would bring elegance to any #dinner.
Loving these winesfrom @cava.do ahead of #cavaweek which runs from October 9-17th. Such a fan of these traditional method sparkling wines from #spain. Life is always #betterwithcava. These sparkers are made with #indigenousvarieties. Ive paired them with grilled salmon, sashimi, nuts, salad, and shrimp. They are so versatile that they worked with everything. Thanks @odltalk for samples. #sparklingwines #spanishwinescholar #winewriter #cava
Sipping an OltreMiTo cocktail made from Bonarda from Oltropo’ Pavese and Campari at Il Pastaio @eatalyflatiron. A relaxing end to a long workday. #oltrepopavese @consorzio.oltrepo @castellodiluzzano @viaswine @campariusa. #brandambasaador #italianwinescholar #lombardy #italianwineambassador
Come visit @eatalyflatiron where you can taste great wines from #oltrepo every day this month and in particular in the next two weeks almost every evening either in the market or the shop. They are also being offered at the restaurant #pastaio. @consorzio.oltrepo. Check out what this great region from #lombardy has to offer. #brandambassador #italianwinescholar #italianwine #winetasting #pinotnoir #croatina #bonarda #riesling #uvarara #ugetta and many others. Don’t miss the fun.
Meet Simba, the newest member of the family. Small in stature but large important personality. #thelionking #familypet
Who would have thought I’d be a wine in cans convert. Honestly not me but I really enjoyed these two from @trurovineyardsofcapecod. Refreshing, easy, portable, great price for the quality. #wineincansisawesome #capecod