Monday Musings: Writing About Wines From Producers Whose Politics You Disagree With – What’s Your Take? 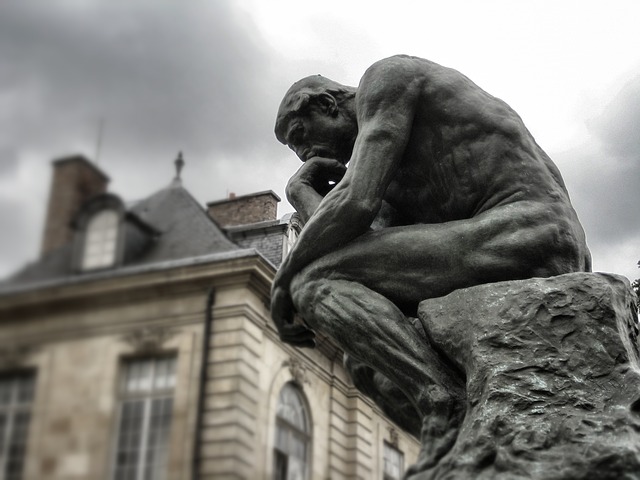 Today’s post is one in my series called Monday Musings. Today I am musing about reputations, branding and the backstory behind a wine hence the photo of Rodin’s scuplture “The Thinker.” The specific topic is writing about wines from producers whose politics you disagree with or abhor. In the past, this topic has come up when there is a backlash against producers who make inflammatory comments on social media or in other places. I never really weighed in on it before because I wasn’t tasting those specific wines. Yet I did begin to feel queasy when I discovered the closely aligned past of a producer I love with the Nazi regime. That backstory is not unique. Many European wineries obviously had congress with Fascist regimes that ran Italy, France and Germany during World War II, or Spain under Franco, etc. Sometimes it’s hard to know where to draw the line or to draw one at all.

I guess it’s somewhat like going to see a Harvey Weinstein movie, or frankly one by Woody Allen after he was accused of misdeeds to his young daughter. Personally, I never felt the same way about Woody Allen but even in my own family we are woefully divided on this topic. I’ve been thinking a lot about all of this lately because so much of what is now in the news is about partisan leanings and corporations are now being vilified or celebrated for taking a stand or not taking one. Does one divest from certain companies that own stock in big arms manufacturers if one is for smarter gun laws? Change your 529 plans for children’s education?

I used to think I knew exactly where I fell in terms of this topic. Kind of like tasting wines that I don’t like. Rather than write a negative review, I just don’t write about them. It’s a very complicated topic I think and often people say the work or the wine should speak for itself. Yet at a tasting the other day I was talking to an importer I knew who said, isn’t it all about the backstory these days. I responded it’s about what is in the glass, but perhaps he is right as well. The backstory and therefore the thoughts and actions of any of the players is fundamental. I know where I stand on parts of this but not on all of it. I’d love to hear other people’s thoughts on it as well.

Celebrating #englishsparklingwine with these beauties from @chapeldown. Lovely traditionally made wines from #kent. #Threegraces was the most complex and perhaps my favorite but all three were great elegant options for the sparkling wine fan. #sparklingwine #englishwines. Check out a recent post on avvinare.com about these wines. #ukwine #wineoclock #instawine #wineinstagram #vignetocomms #uk
Join me Friday, April 9th at 4:00pm for Episode 4 of my #pandemicpivot series. My guest is Scott Rosenbaum, CEO of @ahsoinsights We will discuss his recently launched company, what he’s doing with his multiple endeavors in the beverage industry and how he wants to help shape the space.
Almost time for my #winechat with @nadiaverrua of #cascinatavijn. I’m tasting her Vino Rosso Teresa. Love the labels and the wine. Join us at 1200pm EST/18:00 CET. #italianindigenousgrapes #ruche #barbera #grignolino #piedmont #organicwines #womeninwine #italianwine #wineinstagram #louisdressner #vignetocomms
Super excited for my latest installment of my #womeninwine chats tomorrow, April 7th at 12:00pm EST/18:00 CET with @nadiaverrua of #cascinatavijn. We will discuss her #winejourney, the family #winery and the fantastic, #italianindigenousgrapes she works with #barbera, #grignolino and #ruché. I’m looking forward to this #virtualvisit to #piedmont. #womensupportingwomen #wineinstagram.
Memories of a great lunch at @ilgattopardonyc with @donnachiarawinery. Thanks for reminding me Marisa @awinestory
This beauty from @lenzwine graced my table on #easter and #pasquetta. Paired with a shrimp paella it was cause for a celebration. Made from 100% #Pinot Noir, this 2014 was showing beautifully with fine, numerous, and quick #bubbles. Aromas of brioche and red fruit hit on first blush yet in the mouth it was all about great acidity, depth and mushroom, earthy notes. Long and persistent, this elegant sparkler was a great choice from the @lennthompson #wineclub. I joined earlier this year. I’ve been happy with the selection of fun wines I’ve received be they from #michigan or #newyork. I was looking for a way to source more #anericanwines without much #travel and found this to be a nice alternative. @corkreportmedia #longislandwines #uncorknewyork @newyorkwines #sparklingwines