A Trip Down Memory Lane: Peking Duck and Wines from Oregon

Thanks to Snooth , many years ago, I was able to try a host of wines from Oregon and Peking Duck, neither of which were common occurrences in my world. 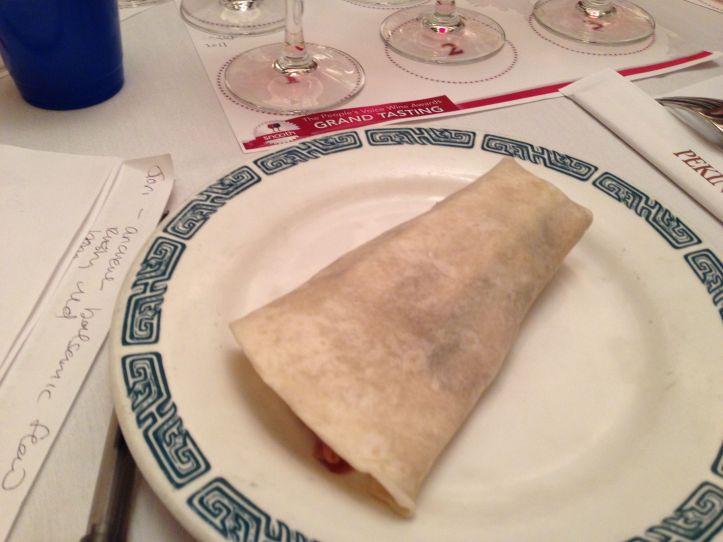 I found the wines to be diverse, interesting, appealing to my palate and easy to pair with a variety of dishes. I also found the three winemakers in attendance to be truly lovely, collaborative and relaxed.

A group of bloggers and I were given four flights of wines, each expressing either a different grape variety or a terroir of Oregon. 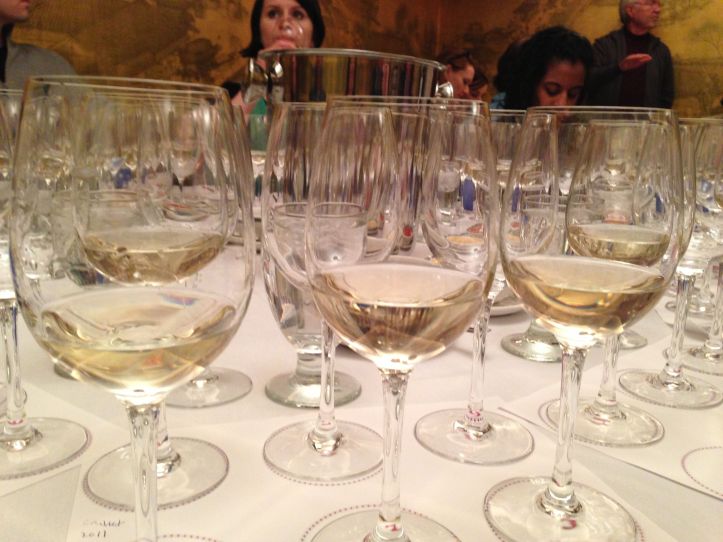 Of the first white wine flight, I found both the racy Abacela Albarino 2012 and the beautiful Belle Pente Pinot Gris 2009 worked perfectly with the asian cuisine. Each was slightly richer than I would have expected but I learned that 2009 was a warm year in Oregon and that Belle Pente prefers Alsace riesling in style to that of Friuli so naturally his Pinot Gris has riper sugar levels.

In the second flight we tasted a flight of Chardonnay and I was surprised at how much I enjoyed the ones with more pronounced oak, namely the Stoller Chardonnay 2010 and the Domaine Drouhin 2011. Both showed balance and were harmonious despite considerable wood aging. I was drawn in by the Burgundy – Oregon comparisons and did find some similarities in the Chardonnays. 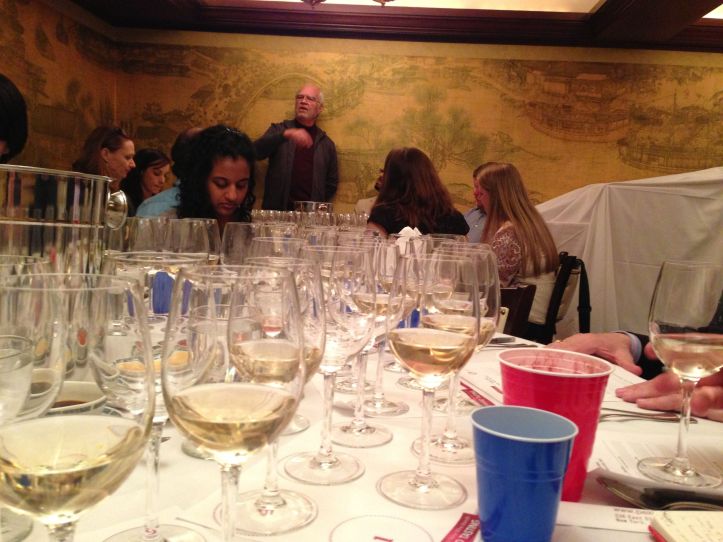 The third flight included both Pinot Noirs and Syrah. I found the Syrah too big for the food we had and somewhat overpowering. The Pinots on the other hand were perfect. I truly enjoyed the Williamette Valley Vinter’s wines, both the Estate Pinot Noir 2009 and the Elton Pinot Noir 2009. I found them somewhat feminine and soft despite oak treatment. I also enjoyed the Belle Pente 2009 Pinot Noir and the Argyle Nuthouse Pinot Noir. 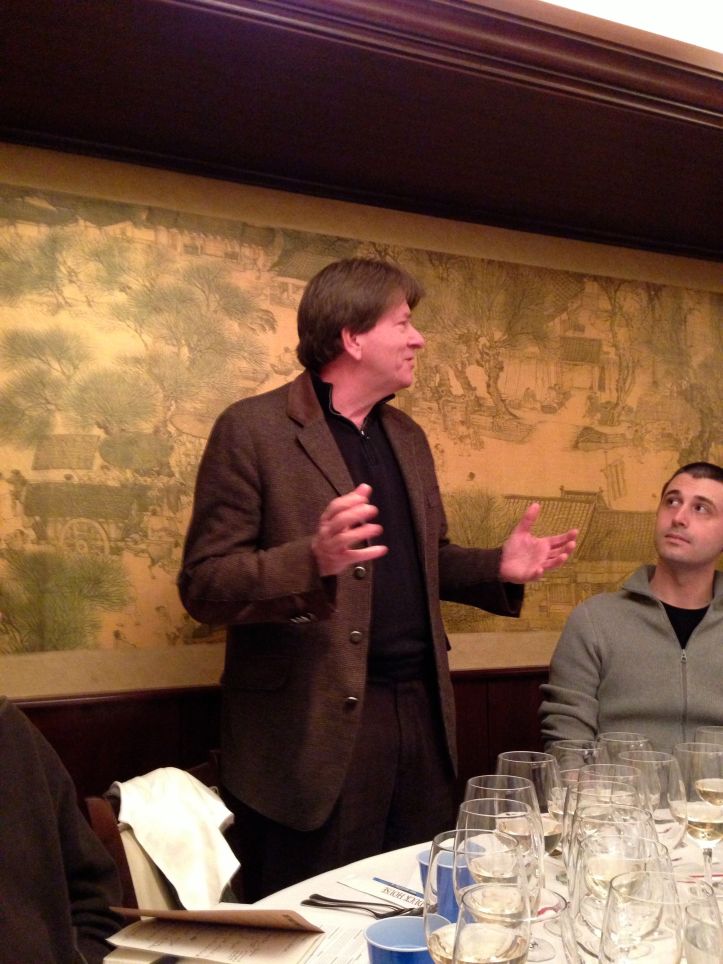 Jim Bernau was at my table and explained their integrated pest management system. He told me about the 18 owl barns he has on his property and how they control the voles and moles that live on the property. We touched on many topics: sustainability, climate change, solidarity among winemakers, dry farming and irrigation but it felt like the conversation was just getting started, at least for me. I look forward to further dialogue. 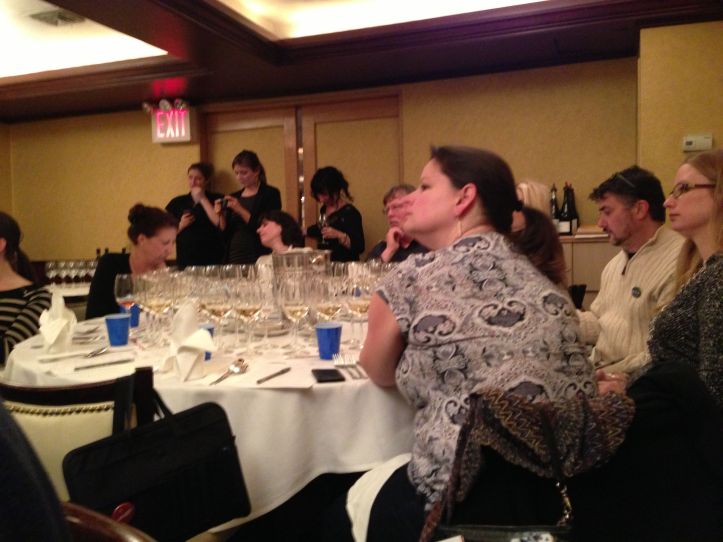 It was great to meet the winemakers and fellow bloggers. And now many of them are coming back. May is Oregon wine month and 60 wineries are coming on May 6th to an Oregonian happening at the Altman Building, 135 West 18th Street. Part of the event is for the trade and the evening is for consumers, something for everyone: oregonwine.org/trail/nyc

I’m having fun revisiting all of my posts on Oregon. I didn’t realize I had written so many…