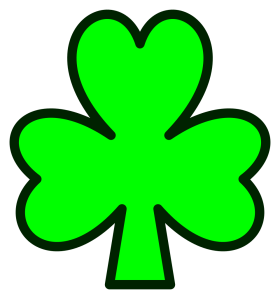 Tomorrow is St. Patrick’s day. While I haven’t a drop of Irish blood in my veins, I can appreciate the holiday, the people and the Whiskey along with the best of them.

I have only been to Ireland once but I have been around the Irish my whole life, as a New Yorker and an American. There is nothing quite like the lilting sound of an Irish accent. It thrills me when hear it. I used to have an Irish boss and I remember having a hard time actually listening to the “what” of he was saying because I love the “how” or tone of it. Go figure. I bet I’m wasn’t the first lass to fall for the accent and I doubt I will be the last. Come to think of it, one of my first beaus was a young man of Irish descent, black Irish with those baby blues and dark hair. Another lifetime, back to the task at hand – whiskey and steak.

I wish I were at my favorite steakhouse right now, sipping some and eating a steak. Keens has a long and glorious New York history that started in 1885 when it was part of an actors club. I like to take foreigners there for dinner. I like the pipes hanging on the walls, the art, the armor, the old wooden seats, the iceberg wedge. Keens Steakhouse owns the largest collection of churchwarden pipes in the world. People (read men) would check their pipes because they were considered too thin to travel. “The hard clay churchwarden pipes were brought from the Netherlands and as many as 50,000 were ordered every three years starting in the early 20th century. A pipe warden registered and stored the pipes, while pipe boys returned the pipes from storage to the patrons,” according to their website. While never a pipe smoker, I could see it in that context.

Keens was a wonderful place to go to study for my exams on spirits for the Wine and Spirits Education Trust Diploma which I got in 2008. They have a huge and important single malt collection of scotch but they also have everything else. I used to go with my friend from the program, the bartender would lay out all sorts of whiskeys and whiskys from Scotland, Ireland and even Japan. We would taste blind and discuss them.

It was immensely helpful and fun. I haven’t been in a long time, I’m due for a visit. I think Irish Whiskey is often overlooked for its more famous cousin but I think that’s a real mistake. Irish whiskey tends to undergo triple distillation. It is lighter than Scotch. Distillation takes place in pot stills. Irish whiskey is made from raw and malted barley which is dried in kilns and it is aged for a minimum of three years. These last are all differences from Scotch. I think of Irish Whiskey sort of like a Barbaresco compared to a Barolo. Feel free to disagree with me but raise a glass this weekend.