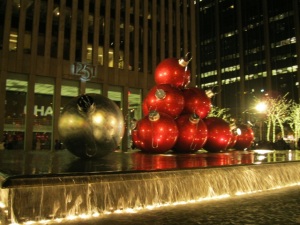 As the holidays roll around, I am thinking again about what people are reading during this time of year. My biggest query is do people still read top 10 lists? Or is it now top 5 since we are becoming a society with ever-shorter attention spans. I am going to go with top three for this year’s post of my own. That’s about the number that I would like to read in someone else’s post so I think I will go with that in my own.

My top three wine & spirits trend of the coming year are as follows:

1. People will continue to drink ever more sparkling wines but not just Prosecco DOC. Franciacorta, Trentodoc from Italy along with Cava, more premium Cavas and sparkling wines from indigenous varieties from all over the globe will be seen on wine lists. Why? Sparkling wine is no longer considered something only to start the meal or to toast with. It’s used throughout the meal now and I for one am thrilled.

2. Sweet wines will be on people’s wine lists and on people’s minds in a way we haven’t seen before. Again, they will be used in a different way on wine lists and people will bring them as gifts. There is such a variation of sweet wines throughout the world. Many sweet wines are fortified while some are not but all deserve more attention.

3. Grappa, like Amaro before it, will have a new season. People will begin to see Grappa as a new delicacy not something only older gentlemen in the Veneto drink in their coffee.

Of course, these are all subjects I have written about recently but I do believe that these are trends on the rise.