Memories of A Chateau Rongzi Tasting: A Surprise

Last week should have been the US Trade Tasting but it has been canceled until next year. Thinking of the last time I attended in 2017, I thought I would repost this about the seminar I  in 2017 on wines from Chateau Rongzi. I admit, I went because I thought it was a curiosity not because I expected the wines to be topnotch. I was mistaken. Some of the wines were very well made. Albeit not my cup of tea but nice wines. I learned a lot as well during the tasting. Firstly that China has huge chateaux. Rongzi is apparently some 10,000 acres. Secondly that wine tourism is a hot topic in China and many people go to the Chateaux for tastings. I also learned that in 2014, China overtook France as the top consumer of red wine worldwide. They are 5th in per capita consumption but let’s remember how much room they have to increase that number. The French as we know have been investing for a long time in China as have the Italians. 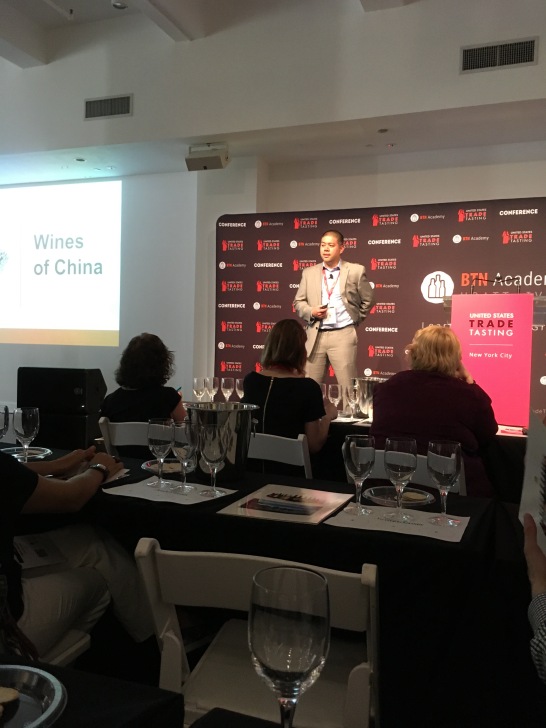 We tasted The Chateau Rongzi Rose 2015, the Rongzi Blue Label 2012, a dry red wine and their Black label 2013. The wines come from the Shanxi Province. Apparently they have loamy soils that are very deep. I was shocked at the photos they showed us of the landscape. Gorgeous deep ravines.

Unfortunately I don’t remember the name of the man who led the seminar but he noted that the first modern wine company in China was founded in 1892 although wine dates back to 7000 B.C. in their history. We were told about their  11 major wine regions and that they are 2nd in terms of land under vine. Spain holds that crown. China is 6th in terms of production. Apparently Shandong is where there are the most wineries, currently 140. I’ve written about Ningxia in another post which is the 3rd largest region. Chateau Rongzi comes from Shanxi, the fourth largest wine region. The winemaker of these wines is Jean Claude Berrouet. He spent a year in Northern China working with the Chateau Rongzi team making sure they were producing terroir driven wines. Formerly of Chateau Petrus, Berrouet certainly seems a special catch for Chateau Rongzi. He is focused on decidedly French grapes as well as the interesting grape Marselan, a cross between Cabernet Sauvignon and Grenache created by a Frenchman named Paul Truel. 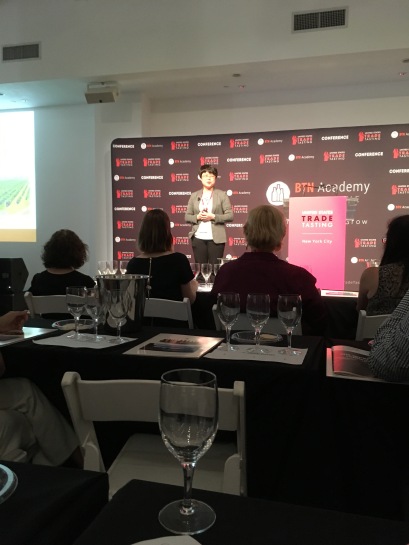 A fascinating experience that made me want to take a wine trip to China. Maybe it could be part of a future trip to China, a country I have yet to visit.