This month, Kevin Gagnon of Snarky Wine prompted the Italian Food Wine Travel group of writers to learn more about coops in  Italy. He wrote this preview post on cooperatives which you can read here.

Cooperative cellars, those that group together a number of growers who give their wines to one entity where they are made into various brands generally by a team of Oenologists, are a large part of the European wine industry in general and the Italian one specifically. Often however, they  are not discussed or looked at as somewhat lesser organizations. In my experience, nothing could be farther from the truth and moreover they are an important part of the Italian wine economy, give many families’ jobs and are often controlled at a high level in terms of the quality of their products. Of course, this is not always the case but more often than not, it is. What they do have is the capacity to make large quantities and this turns some people off to the wines.

That said, much of the large quantity wine does not make it to the United States or at least only some of their brands. Many cooperatives sell large quantities through European supermarket chains or directly from the wineries themselves.

I decided to write about a cooperative cellar from Lake Garda called Cantina Colli Morenici. I discovered this winery at a Garda DOC event held in New York city this past month at the new wine bar owned by the Di Palo family.

The winery is located in Ponti sul Mincio on the southern shores of Lake Garda. Founded in 1959, the winery produces most of the wines from the area including white, rosé, red, sparkling  and sweet wines. The area where the winery is located can be found between Mantova and Brescia and is well known for its morainic soils. A bit inland from the Lake, the morainic soils which are the remains of the glacier which covered Lake Garda, bring interesting acidy and mineral notes. The lake also keeps the temperatures fairly mild.

The winery today has 120 members and 180 hectares under vine. The coop  follows strict production protocols, from the vineyards to the bottle. 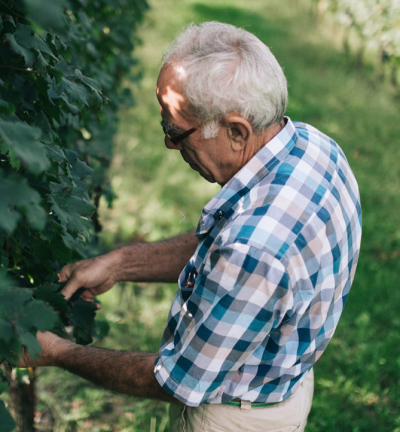 Garda DOC is promoting sparkling wine made from a host of different grapes on Lake Garda. The white is made from Garganega, Pinot Grigio and/or Trebbiano and Chardonnay. The red version of the sparklers can be made from Corvina, Rondinella, Merlot or Pinot Noir. The wines can be bottle fermented (classical method) or tank fermented (Charmat). They current make seven million bottles  across 10 production zones – Valtenèsi, San Martino della Battaglia, Lugana, Colli Mantovani, Custoza, Bardolino, Valpolicella, Valadige, Durello, and Soave.

Having worked closely with Lugana since 2015, I know Garda fairly well and all of the above mentioned appellations but the Cantina Colli Morenici was a find. As Italy’s largest lake, Garda touches on three Italian regions – Lombardy, the Veneto and Trentino.

The wine from the Coop I tasted was a Garda DOC Rosé made from Pinot Noir. The wine was made using the Charmat method of tank fermentation. It was a lovely salmon color with aromas and flavors of small berry fruits. With nice acidity and some minerality as well as fine bubbles, at 12% ABV, it was a good apertif wine and paired perfectly with both the above local Piave Cheese and the Risotto made with this cheese. Piave DOP comes in five different age designations, Piave Fresco DOP which is aged between 20-60 days, Piave Mezzano DOP aged 61-180 days, Piave Vecchio DOP aged more than 180 days, Piave Vecchio Selezione Oro DOP Age more than 12 months, and Piave Vecchio Riserva DOP aged more than 18 months. I tried the first two and found them a good match for this particular wine. I look forward to trying more wines from this winery.

Thinking about cooperatives in a different light has been very helpful this month. Thanks to Kevin for choosing this interesting topic. My five takeaways that I want to share are:

Join the conversation on twitter chat using the hashtag #ItalianFWT later today at 11:00am EST.