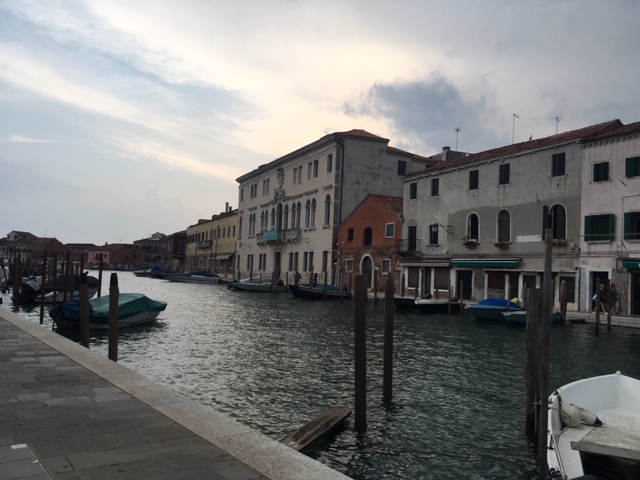 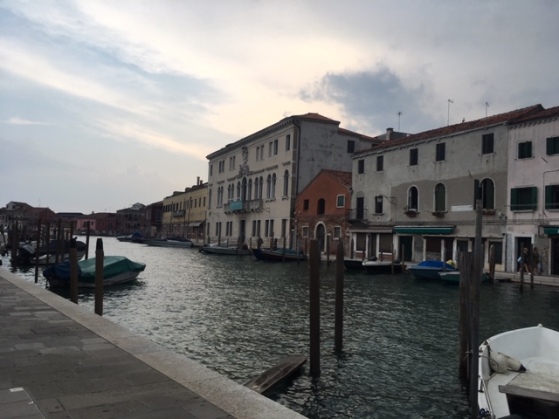 This week’s Wine Wednesday is dedicated to Venissa, Venice’s vineyard which I visited this summer and which has had dramatic flooding these past weeks with the high water levels in the lagoon of Venice. I spent about 10 days in Venice this summer. Part of it on the Dorsoduro and part in Murano. I have been to Venice many times in my life but had never stayed as long as this summer. It was a wonderful and magical experience that gave me a different feeling about the city. I also showed it to my son for the first time. He asks to go back all the time. I highly recommend it as a destination with a young child. I pulled the below photo from their instagram feed. 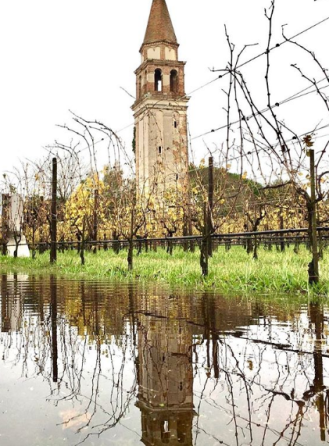 Getting back to Wine Wednesday, I first heard about Venissa from Roberto Cipresso, a well-known winemaker and a friend, who worked on the project. I believe the year was 2010. It took me all these years to finally visit but it was worth it both for the setting and the wine.

The winery is located on Mazzorbo. I had always thought it was on Burano, one of the islands in the lagoon but it has it’s own separate island and is linked to Burano by a bridge. Apparently, Burano, Torcello and Mazzorbo are called Native Venice. Anyone can visit the winery, you just need to call ahead. I had a tasting, a tour and a lunch in their lovely restaurant. It wasn’t that crowded the day we visited and I had called ahead but it isn’t an impossible place to visit. 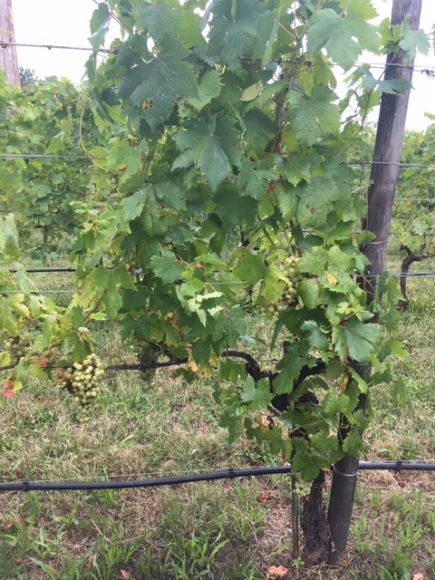 The soils on the island are very salty however and make it extremely difficult to grow grapes. The Bisol family of Prosecco fame has created the Venissa project which encompasses this walled vineyard, a restaurant, an osteria and a small hotel.  The Bisol family dates back to the 1500s so they have centuries of expertise behind them. Here are some of the Dorona grapes growing around the restaurant. 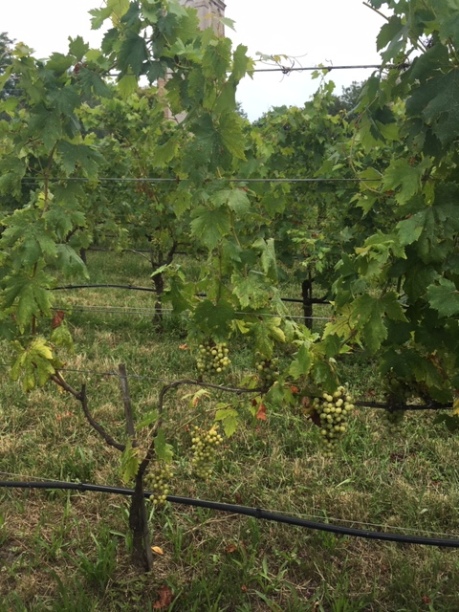 We ate in the restaurant which has a Michelin star under Chef Chiara Pavan. They told us all about the local foods they grow and we saw the garden. Sadly I am sure that their garden has also been affected by the recent floods. Artichokes from an island in the lagoon called Sant’Erasmus are very famous. Dorona originally hails from there as well. Apparently it was a vegetable paradise centuries ago. I remember discussing the artichokes while visiting the winery. They had artichokes growing on Mazzorbo as well. Big beautiful ones which I am sure have shrunken and shriveled with all of this water, the worst in 50 years since the flood of 1966. The food was very beautifully presented but the wines were the stars of the show for me. I just loved both the exquisite packaging and the gold leaf, hand carved and numbered bottles and labels. Having just spent time on Murano, the glass blowing center of Italy, I was very aware of the bottles and their shapes. Also, I once did a gold leafing course in Florence but that’s a story for another time. Suffice it to say I know enough about it to appreciate when it is done well, which is an extremely practiced skill. 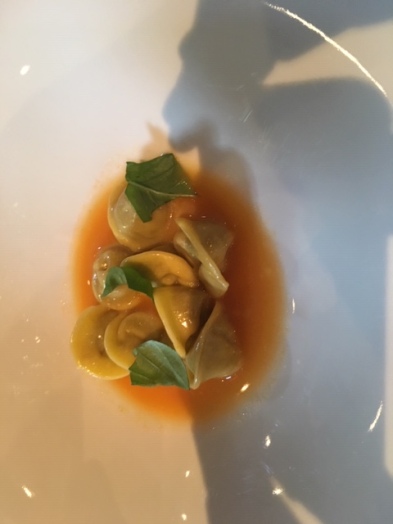 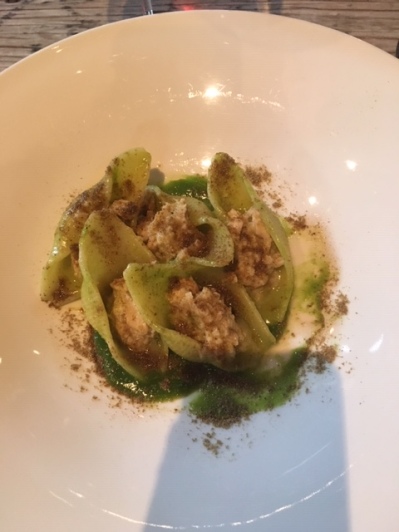 Each of the bottles looks quite similar except for size but each is a different vintage. If you look closely, you can see the subtle differences in the labels. 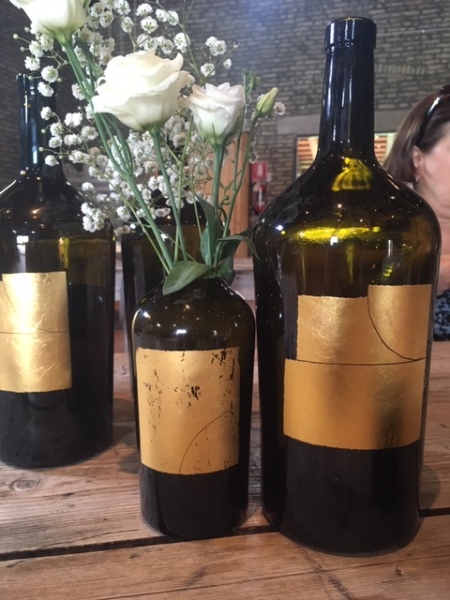 The decor at Venissa was just what you might have imagined, very simple, minimalist and elegant. The story of the property is fascinating. Wine has been made in Venice since the Middle Ages. In fact, there was a vineyard in Piazza San Marco until the year 1100. Anyone looking at the pictures of Piazza San Marco this week and last is thinking only of the rising water and the damage done to property. homes, stores, art museums and churches in the city. The photos were horrific and made me want to weep especially because it is all so familiar. Apparently, the buildings were damaged and the vineyard as well. They began washing the vines with fresh water. No one knows what the damage will be at this time. 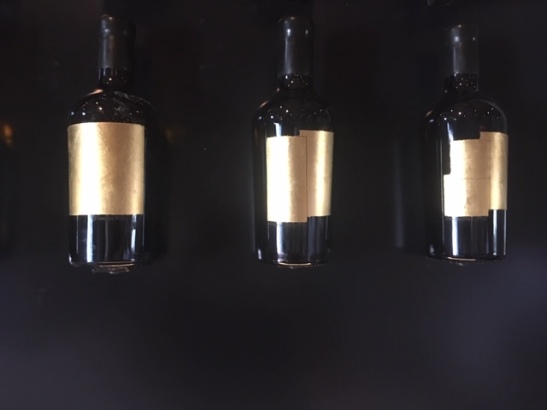 In order to understand the importance of Venice’s winemaking tradition, one need only recall that Piazza San Marco contained a vineyard until the year 1100. The islands in the lagoon of Venice used to all have crops on them and were dedicated to growing food. The winery was created in 2002. Gianluca Bisol found the vineyard in a garden in front of a very old church, said to be the oldest in Venice on Torcello called Santa Maria Assunta Basilica. I visited Torcello with my parents back in 1998. We loved the island and that church. I remember we saw an old friar who was putting up Christmas ornaments in the Church. My Dad was very moved since no one came to the church and the friar was really decorating it for himself and his creator. I didn’t see a vineyard that I remember but I wasn’t looking for one either. 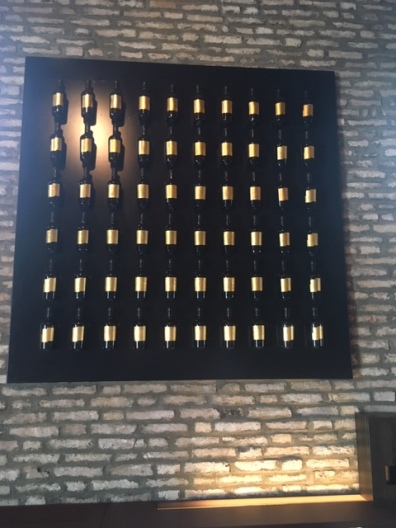 Bisol met the gardener and started doing research about the area’s viticulture. What he discovered was a long history of viticultural that abruptly ended with the flood of 1966. He also found that the local grape variety was called Dorona di Venezia. This variety had learned to adopt to its environment with its high salt content. 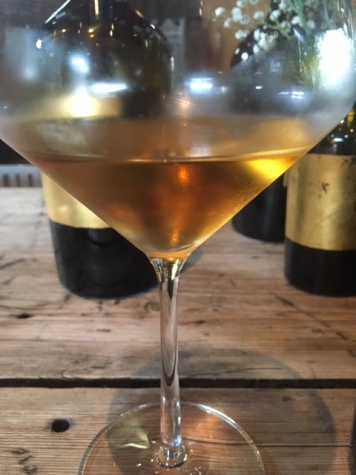 In the glass, the wine is golden in color with a very complex nose of tropical fruit, spice, iodine and minerality. As you would image, there is also a lot of salinity in the wine. Only 3000 bottles are made a year. I loved the wine. It was very unique and in some ways reminded me of wines made by Josko Gravner but this is not an orange wine. It’s really it’s own category, both a white and a red wine at the same time. The grapes spend 22 days macerating. They come from a vineyard that stretches for just 0.8 hectares at an elevation of 1 meter above sea level to -0.10 above sea level. Bisol found the last remaining plants of Dorona, 88 to be precise in the Lagoon. Apparently, long skin maceration of these white wine grapes is tradition in Venice and is what gives the wine so much power and longevity. Roberto Cipresso who I mentioned earlier, together with Desiderio Bisol are Venissa’s enologists. They were happy to use Dorona which was previously grown on the property of the Bisol family before. The first vintage was 2010, as I remembered. They made just 4480 bottles. In 2011, they added Rosso Venissa. The grapes for this wine are from a nearby island called Santa Cristina. The wine is a blend of Merlot and Cabernet Sauvignon. In 2013, the family added Rosso Venusa. 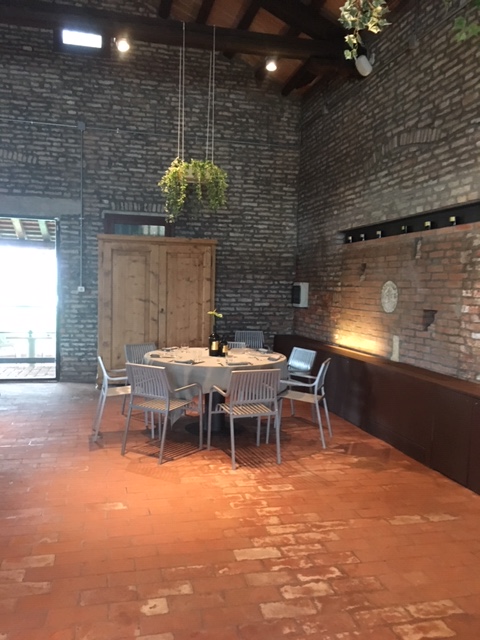 The bottles and the gold leafing were done by Giovanni Moretti. The bottles were made by descendants of the famous gold leafing family called Battiloro which literally means hitting gold. The labels are applied by hand and then the bottles are once again put into the furnaces in Murano for their finishing touches. 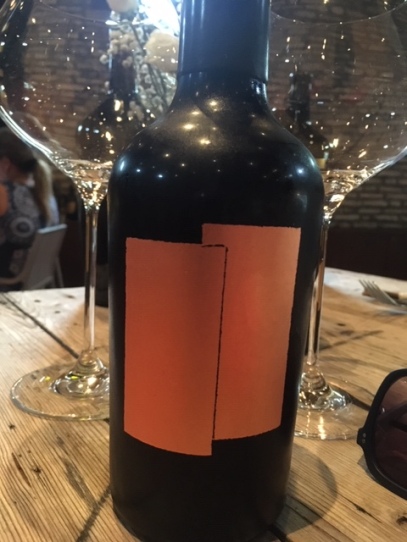 We tasted four vintages 2010, 2011, 2012 and 2013. We also tasted the Rosso. The wines were great and I can see them as a must have in people’s cellars since they are such a limited release. The family is auctioning off some magnums of their wines to help donate money for damages on the island of Burano where 250 families live, some of whom will lose their homes or at least the first floor of their homes. No one knows what will happen with Venice or Venissa. We need to pray that it doesn’t rain and that solutions are found to mitigate damages from these ever more frequent climate events.

One thought on “Wine Wednesday: Venissa made from the Dorona Grape”