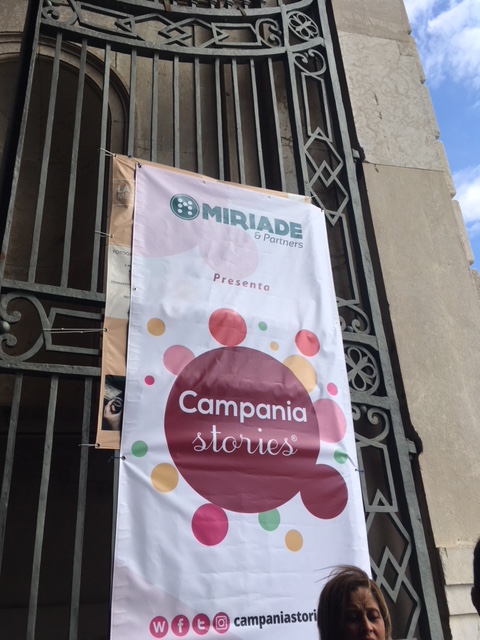 I am in Naples for the next few days discovering wines and food products from Campania as well as some of their amazing cultural and artistic sites.

We got to visit the Reggia di Caserta, the local version of Versailles built in the 1700s for the Bourbon royal family of Naples.. I am hard pressed to describe its beauty and the size of the palace.

I have been to Versailles and the Schönbrunn  palace in Vienna, also a baroque monument. The Reggia is just as regal if not more so. It is  the largest palaces in the world and was given UNESCO World Heritage Status in 1997. It has 1,200 rooms. 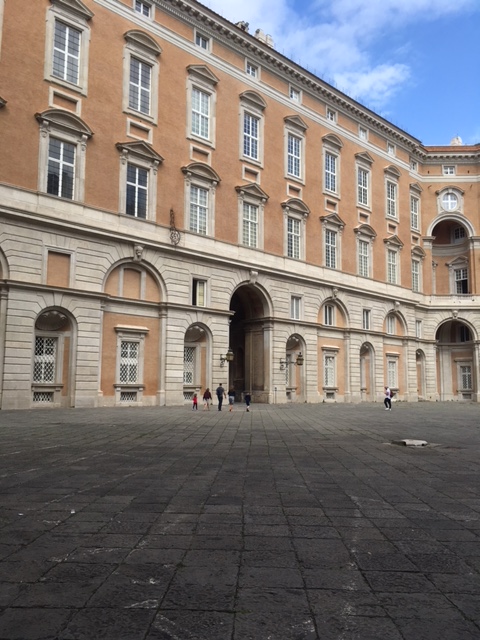 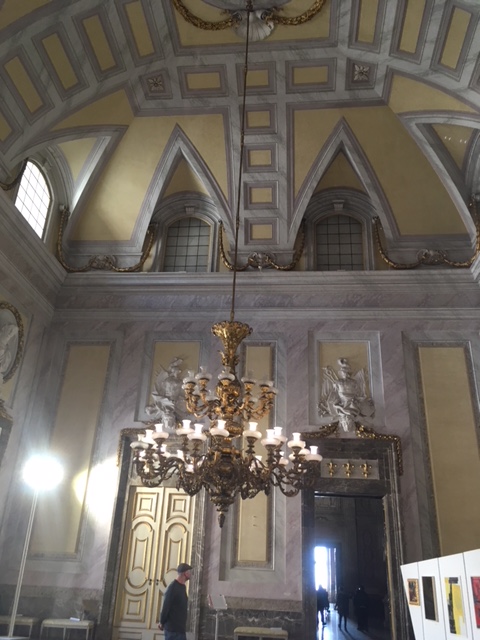 I think I took 100 pictures today and that was just at the palace. We drove around Caserta a bit before heading out to a dinner with producers way up on a hill. Caserta is a beautiful well to do town here in Campania. I liked it a lot. There are nice shopping streets such as Corso Trieste and Via Mazzini as well as beautiful cafes and bars.

The organizers held a press conference to discuss their partners in these events such as the consortium Mozzarella di Bufala, AISCampania, the Reggia di Caserta and Luciano Pignataro.

It was a beautiful and long day. The press conference ended with wonderful mozzarella di bufala and salame.  We drank two wines at the Apertif from Cantina Trabucco. We liked the falanghina a lot. It was more full bodied than I had imagined with mature white  fruits  I also enjoyed their Aglianico called ÉRRE which was a Falerno del Massico Rosso.ÉRRE come  from the Neapolitan dialect and means  lively, full of energy. 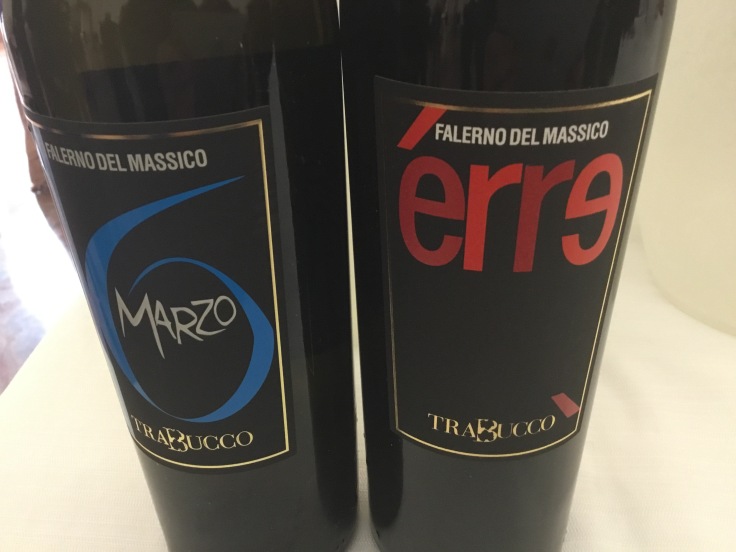 An Ancient wine it was full bodied and sexy with structure and backbone. It had minerality and texture which resulted from the effects of battonage. Red fruit and spice complete the picture.