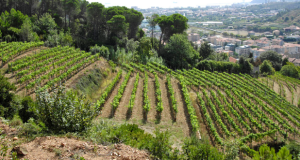 I am not sure what people were drinking last night as they watched the US political debate. I wasn’t drinking anything and that might have made it even harder to stomach – the revolting spectacle that was called a debate last night. I am not actually sure what might have helped, perhaps a Fernet branca or an Amaro. The bitter notes of that drink might have helped me digest what I must say was really a depressing evening. For some reason, I was sure today was the anniversary of John Lennon’s death. Maybe it was the huge ad Yoko Ono took out in the NYTIMES but I was wrong on the date. Would that he were still in the world. Imagine.

Let’s discuss Amaro though. Amaro is a beverage that first became famous starting in the latter half of the 1800s. It is an infusion of herbs, roots, flowers, bark and at times citrus and other elements. The herbs are macerated and then distilled. Some age in oak casks while others in the bottle.

Each brand is usually made according to a traditional recipe that they often keep a secret. A few actually still used recipes that were handed down to them from the monasteries that first produced these kinds of liqueurs that used to be known as elixirs. In fact, the Amaro category was initially a medicinal beverage used to cure aliments, often of the digestive track. It was the Arabs who first brought the technique of infusions and distillation to Europe.

An elixir with properties similar to an Amaro was first mentioned in the 1300s in conjunction with a concoction made to aid Pope Boniface VIII. Further historical mentions of a similar liqueur were made in the 1600s and attributed to monasteries run by both Franciscan and Jesuits.

Starting in the mid-1800s, these liqueurs were used as a digestif drink after a large meal. For the next two centuries in Italy, Amaro was consumed in this way or in an espresso in the morning. It is often drunk neat or on the rocks. Amaro is usually between 17-35 proof.

The heyday of Amaro in Italy began during the economic boom of the 1950s and 1960s. Sales within the country remained strong in the 1980s and into the 1990s but declined in recent years. It was the Ramazzotti brand that created one of the key advertising phrases that came to define yuppies in Italy, the “Milano da bere.”

While one might be tempted to associate Amaro only with Northern Italy and the mountains, each Italian region has at least one Amaro that is particularly well-known such as Averna from Sicily, Ramazzotti, Braulio, and Fernet Branca from Lombardy, Amaro Lucano from Basilicata, Amaro Sibilla from Le Marche, Amaro Montenegro from Emilia Romagna, Vecchia Amaro del Capo from Calabria and Luxardo from the Veneto, among others.

Each Amaro is made with a particular blend of herbs, roots and flowers, which can be found locally and make this a classic example of a “terroir-driven” beverage.

Two amaros from other countries are always mentioned in the Amaro pantheon: Jagermeister from Germany and Unicum which is originally Hungarian.

One of the most particular Amari on the market and one of the oldest is Cynar which has a distinctly artichoke note. Cynar unlike the other Amari is often served as an aperitif, before the meal.

In order to create an Amaro, the ingredients are selected and then dried. Next they are crushed into a powdery form and steeped in alcohol. The maceration phase then takes place and when it is done, the mixture is pressed. The result is then mixed with alcohol, water and sugary syrup. Eventually this mixture will then be either aged in oak or in the bottle, some firms add a caramel note to enhance the color, others do not.

While the home market has been on a steady decline in the past decade or two for Amaro, abroad Amaro has made a real splash. In the United States, some Amaro was always sold particularly brands such as Cynar and Campari but it has been the cocktail revolution that has made a real difference in sales in the United States and in other countries such as Argentina. Amaro has found a new generation of enthusiasts. Some are purists who like their product neat or on the rocks but most are discovering the pleasures of an Amaro as part of their new favorite cocktail.

This is especially true in San Francisco where this spirit has been all the rage for a number of years. Mixologists and sommeliers have been extolling the virtues of Amaro in their drinks. These are the same group of interested parties that have made the creation of their own bitters into a national pastime. In Argentina, Fernet Branca has found a new mecca where it is used in a widely requested drink with Coca Cola.

For the Italian brands, nothing could be sweeter than seeing their bitter liqueurs in the new, cool cocktails that millennials are imbibing with abandon. While it is not the same as creating a family tradition of drinking amaro at the end of a meal, it is a new lease on life for this beverage.

It is surprising how many of the premier Amari are on sale in the United States. Many of the more artisanal brands are not to be found locally but that is the same from one part of Italy to the next. It is still somewhat rare to find Amaro on a wine list but there are a number of restaurants that include them.

There are different styles of Amaro, some lighter and some heavier, depending on their alcohol as well as their ingredients. Below are some of the ones I have tried and favor. Perfect for the end of a big meal like that which will be consumed later today.

Representative of the lighter style of Amaros with earthier and cola notes. It hails from Calabria and is made with 29 herbs from that region. Giuseppe Caffo started Amaro del Capo in 1915.

This Amaro comes from Le Marche, specifically from the province of Macerata. The firm began making Amaro in 1968 and is well known for the honey notes that stand out in this version of the bitter elixir. The honey is from the nearby Mount Sibillini.

Braulio is a well-known brand from Lombardy, specifically from the Valtellina region and the town of Bormio. It has a distinctly alpine flower note that characterizes it and also hints of sage. Braulio has a long history that started with Francesco Peloni, the chemist who created the recipe for this amaro in 1875.

Cynar is a brand owned by the Campari Group. It is made from a combination of 13 herbs and plants. It is the only one of the Amaro group to really have an artichoke note. It is bittersweet and is usually served as an aperitif rather than a digestif.

Lucano hails from Basilicata was created in 1894 from a secret blend of 30 herbs from the Lucania region of Basilicata. The firm has been in the same family’s hands since its inception. The founder of the firm, Pasquale Vena was a baker. Some of his spices seem to have made it into the recipe. Lucano has a spicier note than some of the others.

Amaro Averna is Sicilian from the city of Caltanisetta. Legend has it those friars in that city left their recipe to Salvatore Averna supposedly because he was an upstanding citizen. Averna’s family began making it in 1868. Averna is a very approachable amaro with earthy notes and a hint of citrus peel.

This widely available Amaro is from Bologna and was first made in 1885 by an herbalist named Stanislao Cobianchi. It is named after the second wife of King Vittorio Emmanule III, Helen of Montenegro. Montenegro’s signature aroma is a hint of orange.

Ramazzotti is a Milanese tradition that began in 1815 thanks to Ausano Ramazzotti. The firm no longer belongs to the Ramazzotti family but is owned by Pernod Ricard. Made from 33 herbs, Ramazzotti is a a classic expression of an amaro with a dark brown color, earthy, herbal and medicinal notes and a bitter finish on the palate.

Fernet also hails from Milan but it is more intensely aromatic and bitter than Ramazzotti.. A friend compared the two to the Milan and Inter soccer teams, with Fernet representing Inter, the more aristocractic of the teams. It is made from 27 ingredients. It was first created starting in 1845 but who is responsible for the recipe is still a matter of opinion.

When they say is will put hair on your chest, this is the amaro they are referring to, most agree. Quite medicinal and very bitter, this particular amaro is made from 56 fruits, roots and herbs. It hails from Germany and was started in 1935.

This Amaro comes from Hungary and was created by the Zwack family over 200 years ago. It is made from a combination of 40 herbs and was first created by a royal physician to the Habsburg monarchy. It is quite medicinal in taste.